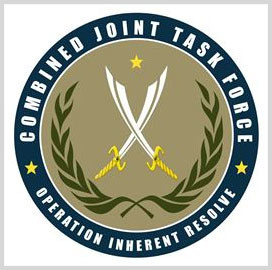 Officials also reported that five June 1 strikes near Raqqa engaged two ISIS tactical units and destroyed 17 fighting positions, an ISIS headquarters, an ISIS-held building and an IED. Those details were not yet available at the time of yesterday’s report.

Ground-based artillery fired in counterfire or in fire support to maneuver roles is not classified as a strike, they added. A strike, as defined by the coalition, refers to one or more kinetic engagements that occur in roughly the same geographic location to produce a single or cumulative effect.

For example, task force officials explained, a single aircraft delivering a single weapon against a lone ISIS vehicle is one strike, but so is multiple aircraft delivering dozens of weapons against a group of ISIS-held buildings and weapon systems in a compound, having the cumulative effect of making that facility harder or impossible to use. Strike assessments are based on initial reports and may be refined, officials said.