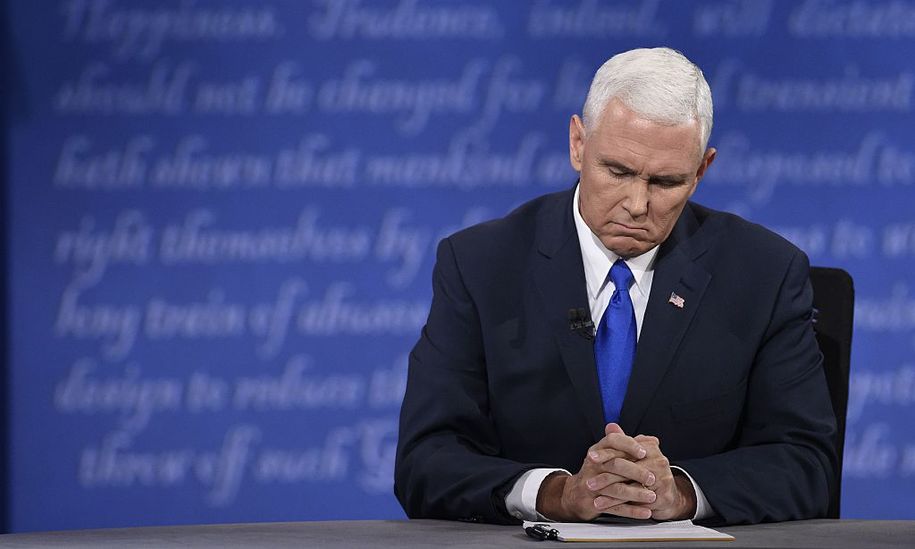 Donald Trump’s number two, Mike Pence, has finally released a statement on the tape of Donald Trump talking about how because he’s “a star,” he can grab women “by the pussy” without repercussions. The story broke on Friday afternoon, but somehow Pence didn’t have anything to say until early Saturday afternoon. After that time lag, here’s what he had to say:

As a husband and father, I was offended by the words and actions described by Donald Trump in the eleven-year-old video released yesterday. I do not condone his remarks and cannot defend them. I am grateful that he has expressed remorse and apologized to the American people. We pray for his family and look forward to the opportunity he has to show what is in his heart when he goes before the nation tomorrow night.

I can’t defend his remarks, but did you notice they’re 11 years old? And while Trump has apologized to a degree hitherto unheard of from Trump, “expressed remorse” seems like an exaggeration of what he said.

But about that nearly full day it took to come up with a statement. It’s not like he didn’t have chances to speak about the video in that time. Here he is, dodging questions on the subject:

And hours after the tape was released, Pence gave a campaign speech in which he said that:

I just tell people, Donald Trump gets it. You know what I mean? I mean, he’s a genuine article. He’s a doer in a game usually reserved for talkers. When he does his talking, he doesn’t go tiptoeing around all those thousands of rules of political correctness.