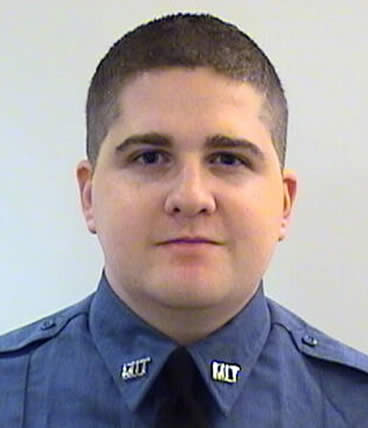 Campus patrol officer, a resident of Somerville, Mass., had worked at MIT since 2012

CAMBRIDGE–(ENEWSPF)–April 19, 2013.  MIT has identified the police officer killed in the line of duty on Thursday evening as Patrol Officer Sean A. Collier, 26, of Somerville, Mass.

Collier had served as a member of the MIT Police since Jan. 9, 2012, following service as a civilian employee with the Somerville Police Department. He was single and a native of Wilmington, Mass.

“Sean was one of these guys who really looked at police work as a calling,” said MIT Police Chief John DiFava. “He was born to be a police officer.”

Collier was shot Thursday evening following an altercation at the corner of Vassar Street and Main Street in Cambridge, roughly between Building 32 (Stata Center) and Building 76 (David H. Koch Institute for Integrative Cancer Research) on the MIT campus. He was transported to Massachusetts General Hospital, where he was pronounced dead.

The MIT Police, Cambridge Police Department and Massachusetts State Police are continuing their investigation of the circumstances surrounding Collier’s death.

“In a very short period of time, it was remarkable how engaged he was with students, particularly graduate students,” DiFava said. He added that Collier had become active with the MIT Outing Club, joining students in skiing and hiking.

“The loss of Officer Collier is deeply painful to the entire MIT community,” said MIT President L. Rafael Reif. “Our thoughts today are with his family, his friends, his colleagues on our police force and, by all accounts, the many other members of our community who knew him. This is a senseless and tragic loss.”

“The MIT Police serve all of us at the Institute with great dignity, honor and dedication,” said Israel Ruiz, MIT’s executive vice president and treasure. “Everyone here — those who knew Officer Collier, and those who did not — are devastated by the events that transpired on our campus last night. We will never forget the seriousness with which he took his role protecting MIT and those of us who consider it home.”