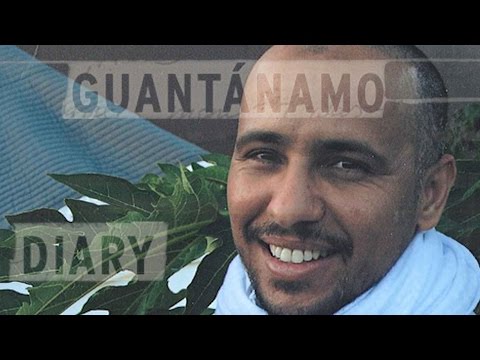 ‘Guantánamo Diary’ Author to Rejoin Family in Mauritania After U.S. Review Board Cleared Way for Release

NEW YORK —(ENEWSPF)–October 18, 2016.  The U.S. government has transferred Mohamedou Ould Slahi to his native Mauritania, where he is to be reunited with his family.

The release comes 14 years after he was first brought by the United States to the prison at Guantánamo Bay. A panel of U.S. national security, intelligence, and other officials cleared Slahi for release in July after determining that he poses no significant threat to the United States.

“I feel grateful and indebted to the people who have stood by me,” Slahi said about his release. “I have come to learn that goodness is transnational, transcultural, and trans-ethnic. I’m thrilled to reunite with my family.”

Slahi is the author of the best-selling memoir “Guantánamo Diary,” which was released to critical acclaim in 2015. The memoir describes an odyssey that began in 2001 when, at the behest of the U.S. government, Mauritanian authorities detained Slahi after he voluntarily went in for questioning. The U.S. transferred him to prisons in Jordan and Afghanistan before Guantánamo, where he was tortured.

“We are thrilled that our client’s nightmare is finally ending,” said Nancy Hollander, one of Slahi’s attorneys. “After all these years, he wants nothing more than to be with his family and rebuild his life. We’re so grateful to everyone who helped make this day a reality.”

With Slahi’s release, 60 prisoners remain in Guantánamo, 19 of whom have been cleared for release.

“We are overjoyed for Mohamedou and his family, and his release brings the U.S. one man closer to ending the travesty that is Guantánamo,” said Hina Shamsi, one of Slahi’s attorneys and director of the American Civil Liberties Union’s National Security Project. “Dozens of other men still remain trapped in Guantánamo. With time running out, President Obama must double down and not just close the prison, but end the unlawful practice of indefinite detention that it represents.”

Slahi was cleared for release after a June 2 hearing by the Periodic Review Board, an executive branch panel that regularly reviews the continued detention of Guantánamo detainees. Among the evidence the PRB reviewed was a letter of support submitted by a former U.S. military guard at Guantánamo who was assigned to Slahi for 10 months.

A campaign to free Slahi, spearheaded by the ACLU, has gathered support in both the U.S. and abroad. More than 100,000 people signed petitions by the ACLU, Change.org, and MoveOn calling for his release. His plight gathered high-profile supporters, including Maggie Gyllenhaal, Mark Ruffalo, and Roger Waters. In the U.K., members of Parliament concerned with his case urged the British government to call on the U.S. to release Slahi.

Slahi was born in Mauritania in 1970 and won a scholarship to attend college in Germany. In the early 1990s, Slahi fought with al-Qaida when it was part of the Afghan anti-communist resistance supported by the U.S. The only federal judge to have reviewed all the evidence in his case noted that the group then was very different from the one that later came into existence.

Slahi worked in Germany for several years as an engineer and returned to Mauritania in 2000. The following year he was detained by Mauritanian authorities and rendered by the U.S. to a prison in Jordan. Later the U.S. rendered him again, first to Bagram Air Force Base in Afghanistan and finally, in August 2002, to the U.S. prison at Guantánamo Bay, where he was subjected to severe torture.

Slahi was one of two so-called “Special Projects” whose brutal treatment Rumsfeld personally approved. The abuse included beatings, extreme isolation, sleep deprivation, frigid rooms, shackling in stress positions, and threats against both Slahi and his mother. In Slahi’s habeas challenge, a federal district court judge determined Slahi’s detention was unlawful and ordered him released in 2010. The U.S. government successfully appealed that decision, and the habeas case is still pending.

Slahi’s book, the first and only memoir by a still-imprisoned Guantánamo prisoner, was published in January 2015 — with numerous redactions — from a 466-page handwritten manuscript. It spent several weeks on the New York Times’ best-seller list and has since been translated into multiple languages for publication in more than 25 countries.

Excerpts from Slahi’s book, along with video and audio content, are here: http://www.guantanamodiary.com