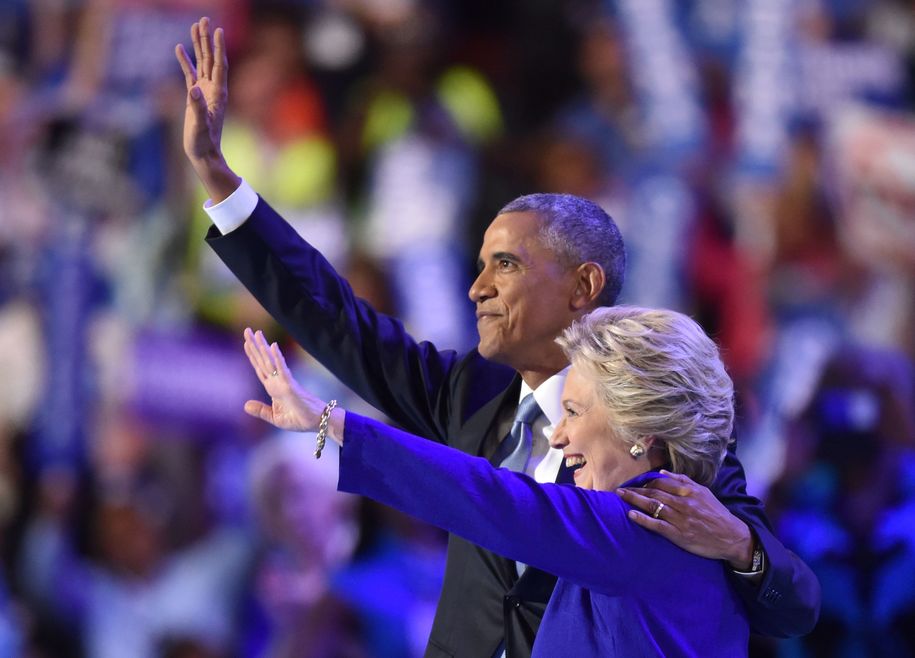 Donald Trump can’t, strictly speaking, birther Hillary Clinton. She’s white. His racist base wouldn’t buy that she was born in Kenya. But he can try to achieve the same effect through other means—convincing a depressingly large chunk of the country that her presidency is illegitimate. And as he starts to realize he’s going to lose, that’s just what he’s trying to do. In speech after speech, Trump is letting his supporters know that when he loses, it won’t be because he actually lost:

On Monday, on a trip through Pennsylvania, Mr. Trump began the day urging the almost entirely white crowd outside Pittsburgh to show up to vote, warning about “other communities” that could hijack his victory.

Later, at the evening rally in Wilkes-Barre, Mr. Trump raised more concerns about voting fraud. “I just hear such reports about Philadelphia,” he said. “I hear these horror shows, and we have to make sure that this election is not stolen from us and is not taken away from us.”

He added for emphasis: “Everybody knows what I’m talking about.”

It’s not just African Americans he’s oh-so-subtly suggesting will steal the election from him:

At a rally in Florida yesterday, he stated, “Hillary Clinton meets in secret with international banks to plan the destruction of global sovereignty, in order to enrich these global financial powers.”

If you don’t get the code in that language, refer to the anti-semitic classic, The Protocols of the Elders of Zion. It was written in Russia in 1903 and details the make-believe secret Jewish plot to rule the world. It was also a huge hit 30 years later in Nazi Germany.

You take the not insignificant number of Americans who never really believed votes by non-white people should count and are suspicious of women’s votes, then give them a candidate who first encouraged them to believe that the first black president wasn’t really eligible to be president and is now encouraging them to believe that the likely first woman president will only be able to win by stealing the election with the help of black and brown and Jewish people and you get a really, really, really ugly political atmosphere. Historically ugly.

“I haven’t seen it since 1860, this threat of delegitimizing the federal government, and Trump is trying to say our entire government is corrupt and the whole system is rigged,” [presidential historian Douglas] Brinkley said. “And that’s a secessionist, revolutionary motif. That’s someone trying to topple the apple cart entirely.”

And this is another reason we need not just win but win by a landslide. Not just a presidential landslide, but a congressional landslide. Because mandates may not be real, but majorities are.