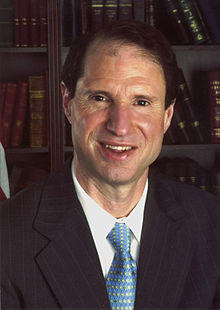 Washington, DC–(ENEWSPF)–March 30, 2017.  Senator Ron Wyden and Representatives Earl Blumenauer and Jared Polis have introduced legislation in the House and Senate — to permit states to establish their own marijuana regulatory policies free from federal interference. In addition to removing marijuana from the United States Controlled Substances Act, this legislation also removes enforcement power from the US Drug Enforcement Administration in matter concerning marijuana possession, production, and sales — thus permitting state governments to regulate these activities as they see fit.

“The first time introduction of this particular piece of legislation in the US Senate is another sign that the growing public support for ending our failed war on cannabis consumers nationwide is continuing to translate into political support amongst federal officials,” said NORML Executive Director Erik Altieri, “With marijuana legalization being supported by 60% of all Americans while Congress’ approval rating is in the low teens, ending our country’s disastrous prohibition against marijuana would not just be good policy, but good politics.”

Twenty-nine states and the District of Columbia have legalized marijuana for qualified patients, while eight states now regulate the production and sale of marijuana to all adults. An estimated 63 million Americans now reside in jurisdictions where anyone over the age of 21 may possess cannabis legally. Voters support these policy changes. According to a 2017 Quinnipiac University poll, 59 percent of Americans support full marijuana legalization and 71 percent believe that states, not the federal government, should set marijuana policy.

“If we are truly going to move our nation towards sensible marijuana policies, the removal of marijuana from the Controlled Substances Act is paramount. Annually, 600,000 Americans are arrested for nothing more than the possession of small amounts of marijuana and now is the time for Congress to once and for all end put an end to the national embarrassment that is cannabis prohibition,” said Justin Strekal, NORML Political Director. “Passing this legislation would end the current conflict between state and federal laws and allow the states to implement more sensible and humane marijuana policies, free from the threat of federal incursion.”

These statewide regulatory schemes are operating largely as voters and politicians intended. The enactment of these policies have not negatively impacted workplace safety, crime rates, traffic safety, or youth use patterns. They have stimulated economic development and tax revenue. Specifically, a 2017 report estimates that 123,000 Americans are now working full-time in the cannabis industry. Tax revenues from states like Colorado, Oregon, and Washington now exceed initial projections. Further, numerous studies have identified an association between cannabis access and lower rates of opioid use, abuse, hospitalizations, and mortality.

Previous articleRep. Gutiérrez Calls for Investigation into ICE Shooting of Immigrant in Chicago
Next articleIllinois: Two-Thirds Of Voters Support Regulating Adult Marijuana Use