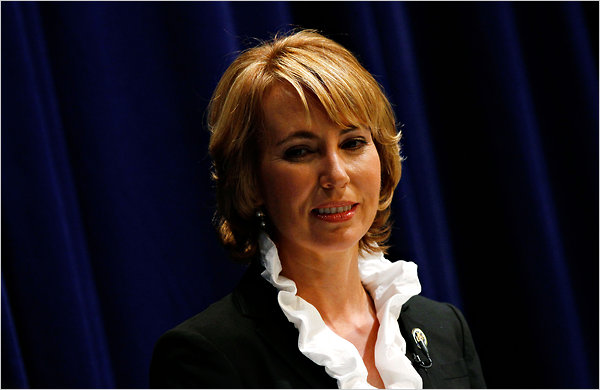 Tucson, AZ-(ENEWSPF)- 3:56 p.m. update. Dr. Peter Rhee, Trauma Director at the University Medical Center in Tucson has reported that Congresswoman Giffords is under anesthesia after undergoing surgery for a single gunshot wound to the head “through and through.” “The Congresswoman is not deceased.  She is in critical condition,” Dr. Rhee stated during a press conference.  “I am very optimistic about recovery.”

CNN News is now reporting that six people have died, including a 9 year old girl. President Obama has just reported that Chief Judge John Roll was also among those fatally shot.

Authorities have recovered a handgun at the scene. In addition, a white male born in 1988 has been taken into custody by the police.

“I am deeply saddened by reports that Congresswoman Gabrielle Giffords, Chief Judge John Roll and others were attacked this afternoon in Tucson, Arizona. There is no place in our society or discourse for such senseless and unconscionable acts of violence. Gabby is a steadfast representative for southern Arizona and both she and John are dedicated public servants.

“The Department of Homeland Security has offered all possible assistance to the FBI and the Pima County Sheriff’s Office, who are leading the investigation. My thoughts and prayers are with Congresswoman Giffords, her family and staff, and all those who were injured in this difficult time.”

Rep. Gabrielle Giffords was shot in the head by a gunman at a public event in Tucson on Saturday. There are conflicting reports about whether she was killed.>/p>

At least eight other people, including members of her staff, were injured. There also were conflicting reports on the number of deaths at the scene, but President Obama, in a statement, said “we know that some have passed away” and that Giffords was “gravely wounded.”

Giffords, who was re-elected to a third term in November, was hosting a “Congress on Your Corner” event at a Safeway in northwest Tucson when a gunman ran up and started shooting, according to Peter Michaels, news director of Arizona Public Media.