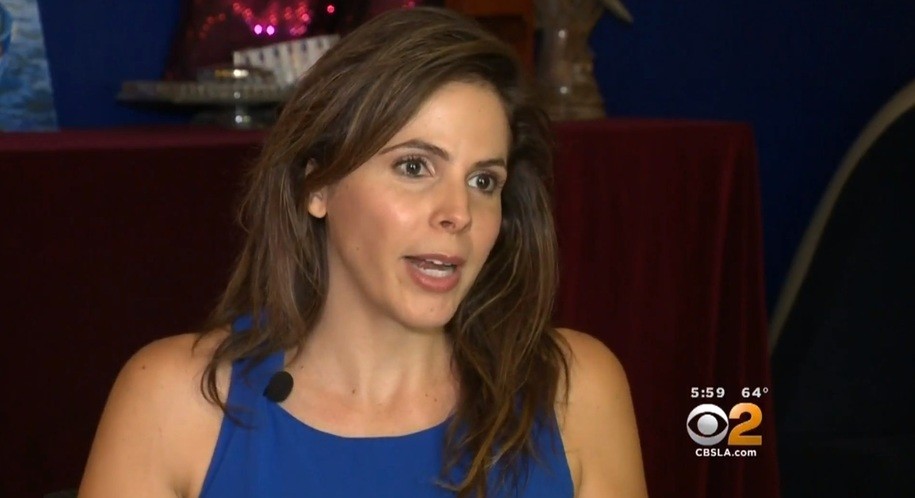 The internet is abuzz this morning with reports that Donald Trump creepily strolled into the changing room of the Miss Teen USA pageant in 1997 while contestants were in a state of undress. Another woman is coming forward saying she and other contestants were forced to meet with Donald Trump in 2001 at the Miss USA pageant, when he again creeped into the backstage changing room:

“Our first introduction to him was when we were at the dress rehearsal and half naked changing into our bikinis,” Dixon recalled. “He just came strolling right in. There was no second to put a robe on or any sort of clothing or anything. Some girls were topless. Other girls were naked.”

She said she and her fellow contestants were put in an awkward position when “the owner come waltzing in when we were naked or half naked in a very physically vulnerable position and then to have the pressure of the people that worked for him telling us to go fawn all over him, go walk up to him, talk to him, get his attention.”

“I’m telling you Donald Trump owned the pageant for the reasons to utilize his power to get around beautiful women,” she added. “Who do you complain to? He owns the pageant. There’s no one to complain to. Everyone there works for him.”

Far too many people have enabled Donald Trump’s lewd behavior for decades. Dixon says her decision to come forward is not politically motivated:

“I’m Miss Arizona so I veer more on the conservative side. But I just like to choose what’s right.”

If you haven’t heard it by now, in the 2005 interview Donald Trump did with Howard Stern he describes walking into changing rooms where contestants might be nude was his “right” as the owner of the pageant:

Trump: “I’ll go backstage before a show and everyone’s getting dressed and ready and everything else. And you know, no men are anywhere. And I’m allowed to go in because I’m the owner of the pageant. And therefore, I’m inspecting it. You know I’m inspecting it. I want to make sure everything is good.”
Stern: “You’re like a doctor.”
Trump: “Is everyone OK? You know they’re standing there with no clothes. Is everybody OK? And you see these incredible looking women. And so I sort of get away with things like that.”