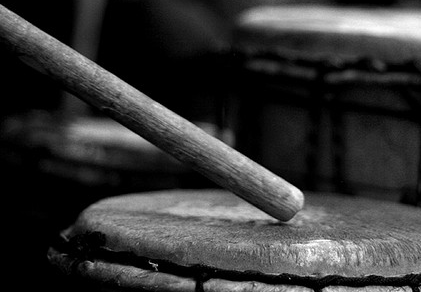 The occupation of Liberty Square is a symbol of the growing international movement fighting against neoliberal economic practices, the crimes of Wall Street and the resulting income inequality, unemployment, and oppression of people at the front lines of the economic crisis. More than a week ago we successfully rallied to defend our occupation from eviction. Knowing that the neighborhood we built was important to our movement, occupiers reorganized the space and prepared for eviction defense, community board and local elects pressured Brookfield Properties, and local organizations and unions mobilized their members in defense of Liberty Square. Brookfield and Bloomberg backed down in the face of this joint effort. #ows has international support, and is part of a global movement for economic and social justice that is only just starting to take form. It is within this context that we must drill down, look inward and converse with each other about our actions in this space.

For weeks, occupiers, working groups, individuals from the community board, and neighbors have approached the drummers on the west side of Liberty Square in an effort to involve them in conversations revolving around their constant presence. The drummers have been asked to stop drumming during quiet hours, to not drum during GA, and to allow other music to enter the square. The drummers, who feel that they are bringing rhythm to the revolution and have a voice that must be heard have felt disrespected and disparaged. The situation has been heated. A division grew within the square as well as with our neighbors. On Oct 13th, the General Assembly of Liberty Square passed a resolution to limit drumming times to 2 hours a day, between the hours of 11 and 5 as part of a good neighbor policy. Many drummers rejected this. A group of mediators began to work with the drummers and reached an agreement that they would instead drum for 4 hours per day, from 12pm – 2pm and 4pm – 6pm. The OWS Community Relations team, drummers, mediators, and several local residents from the community board spent weeks listening, building trust, and figuring out ways for drummers to work in solidarity with the occupation. As a result, drumming dropped from consistent 10 + hours a day, but is occurring more than the 2 hours consensed to by the General Assembly, and more then the 4 hours consensed to by the drummers.

In the spirit of consensus and community, mediation is still in process. The working group Pulse has been formed by the drummers and is working to bring forward proposals to the General Assembly of Liberty Square. This issue has been talked about in the park, at the General Assembly, on forums, and emails for weeks. This is an example of how we as a community share space and how we mobilize together to build consensus between all members of a conversation. Drumming has a loud voice in Liberty Square. Pulse is an important piece of our movement – they are integral to marches, morale, and the general mood of energy we have created. But many within Liberty Square feel as though their voice is being drowned out by the drumming, that it has become difficult to have the conversations that they think are important. We have created a small, vibrant and diverse community within the Square – it is natural that some issues would and will arise, but we hope to work together and continue to effect positive change in this place and in this world.