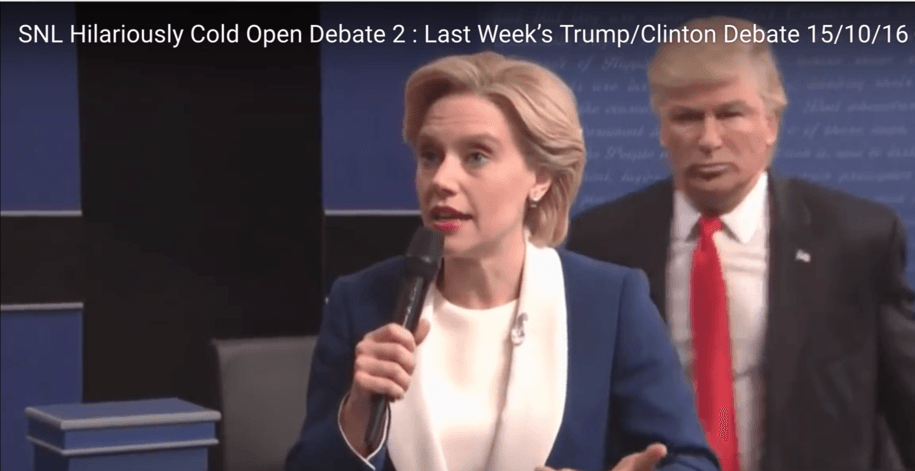 SNL is slowly but surely making up for allowing Republican presidential nominee Donald Trump to host the show back in the fall of 2015. The show’s producers simply ignored the people’s protests. But since starting their new season, the jabs at Trump are not only hilarious, they are powerfully  influential in pop culture and will surely cost Trump some votes. Of course, he was up early Sunday morning with his panties all up in a twist. Here is his tweet sent out at 6:14 AM hours after SNL’s airing:

Poor baby. Here is one of the clips from last night’s SNL slow. It’s one of several Trump-Clinton skits played by Kate McKinnon (Hillary Clinton) and Alec Baldwin (Drumpf):

Yep. I can see what you’re saying, Donald. The media giveth and the media taketh away. Must suck to be you, right now. It’s a “disasta.”