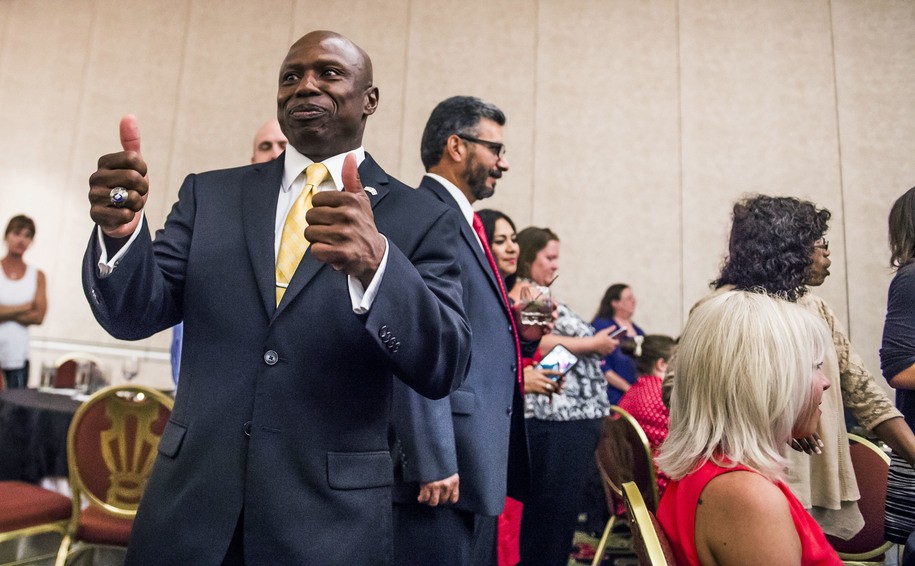 Oh, Republican men. Just what in the hell is it with you guys? In 2012, Claire McCaskill was able to win re-election after conservative Todd Akin said “If it’s a legitimate rape, the female body has ways to try to shut that whole thing down.” In that same year, Indiana Republican Richard Mourdock said, “I struggled with myself for a long time but I came to realize life is that gift from God, even when life begins in that horrible situation of rape. It is something that God intended to happen.”

Since Glenn says there are no exceptions, does that mean he believes a woman who has, for example, been diagnosed with an ectopic pregnancy, which is a significant risk factor for the mother and is almost always fatal for the fetus, has no choice but to die?

We asked the Glenn campaign for a statement about his stance on abortion, because we could not find one on his campaign website, but we haven’t heard back. If and when we do, we’ll update.

Emphasis added. You can listen to Glenn make the comment in the clip below.