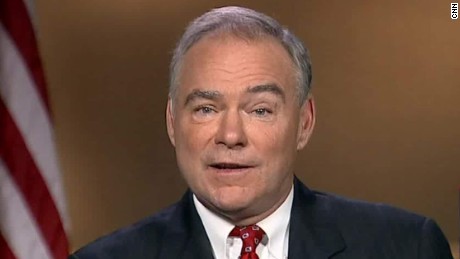 “While I was speaking, Donald Trump gave a speech in Delaware, Ohio, and I might just read you the script: ‘I would like to promise a pledge to all of my voters and supporters, all of the people of the United States, that I will totally accept the results of this great and historic presidential election if I win.’
If I win. That is a direct quote from Donald Trump. Well obviously, Donald, that is not accepting the results. You’ve got to accept the results of this election, win or lose. That’s the pledge we made. Hillary stood on the stage in the first debate and said, ‘Of course I’m going to accept the results of the election.’ And that Donald Trump was unwilling to make that pledge, and still thinks he’s saying something positive by saying, ‘I’ll accept the results if I win’ shows he has a profound misunderstanding of the institutions of government and that he is trying to do something and upset a tradition that has been one of the most notable features of American democracy.”