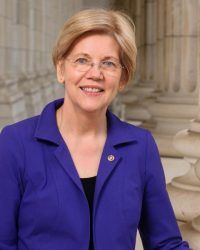 Washington, DC –(ENEWSPF)–March 6, 2017.  U.S. Senator Elizabeth Warren (D-Mass.) on Monday released a report detailing repeated violations of labor laws by companies that receive billions of dollars in taxpayer-funded federal contracts. These illegal actions include stealing wages and endangering workers, sometimes resulting in injuries or deaths. Nearly a quarter of the American workforce is employed at a company that holds at least one federal contract.

“All Americans deserve a safe workplace and fair pay for a day’s work,” Senator Warren said. “But too often, federal contractors break labor laws while continuing to suck down millions in taxpayer dollars. Instead of making it easier for companies to cheat their employees or threaten workers’ health and safety, President Trump and Republicans in Congress should join Democrats in standing up for the hardworking Americans who do important jobs for our country.”

The Obama Administration established several policies to improve federal contractor worker protections. These include the Fair Pay and Safe Workplaces Executive Order, which requires companies seeking large government contracts to disclose recent labor law violations and creates a process for agencies to consider that information during procurement. On Monday, Senate Republicans plan to vote to repeal this executive order, allowing federal contractors to more easily conceal their labor law violations and making it harder for law-abiding companies to do business with the government.

The report released today by Senator Warren shows that 66 of the federal government’s 100 largest contractors have been caught breaking federal wage and hour laws, and more than a third of the 100 largest penalties levied by the Occupational Safety and Health Administration (OSHA) since 2015 were issued to companies that held federal contracts.

A copy of the report can be found here.