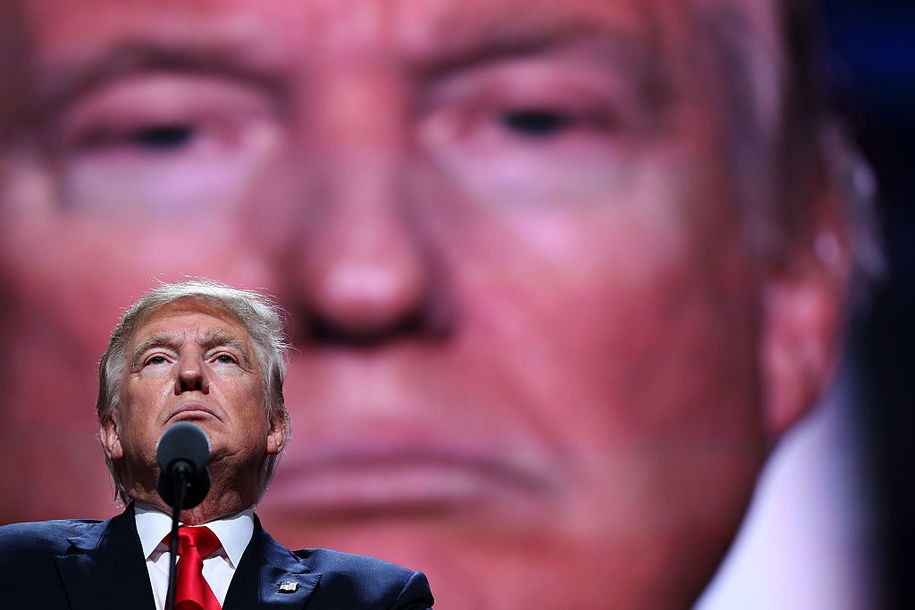 As someone with a Christian faith who often fails, I must say Trump supporters who call themselves Christians send my cringe factor up the freaking Richter scale and over. But then, when you have a leader posing as a Christian to get votes, you will find sheep who can be just as dangerous as their leader. How dangerous? Something happened on Wednesday that puts Trump on an even more frightening plane. During a rally on in Council Bluffs, Iowa, Republican presidential nominee Donald Trump revealed his true menacing potential to the world when he said:

After spotting a few people with their hands up, Trump asked,

“That is a couple of people.” “That’s alright. I think we’ll keep them, right? Shall we keep them in the room? I think so.”

He didn’t just say it at one rally.  It wasn’t a slip. He also tried to point out and shame non-Christians in Waukesha, Wisconsin on the same day. What if the crowd had turned on the non-Christians? How many people in the audience were afraid to raise their hands? But this is only part of the Trump reveal. Earlier, a older video was released showing Trump talking about how some people have the right genes.

The Frontline documentary “The Choice,” which premiered this week on PBS, reveals that Trump agrees with the dangerous and abusive theory of eugenics.

Trump’s father instilled in him the idea that their family’s success was genetic, according to Trump biographer Michael D’Antonio.

“The family subscribes to a racehorse theory of human development,” D’Antonio says in the documentary. “They believe that there are superior people and that if you put together the genes of a superior woman and a superior man, you get a superior offspring.”

Here is the video:

These two Trump exposures are beyond disturbing and once again they align with the behavior of WWII dictator Adolf Hitler. I do not use Hitler’s name, nor make comparisons to him, frivolously. Hitler mass-murdered millions of Jews, homosexuals, the elderly, the mentally and physically disabled … simply because they did not have the right genes. They did not have Aryan genes and they were the wrong religion. Trump has now begun to single people out by religion and genes. This is not an exaggeration. It seems surreal, but it’s devastatingly real. The only thing Americans can do at this point to stop Trump is vote and and encourage others to vote. But first make sure you are registered. If you want to vote early, you can request an absentee ballot by clicking here.

Donald Trump is unpredictable, precarious, desperate, insecure, and dangerous. He just is — and he needs to be stopped.

Jewish seniors urge grandchildren to choose Hillary over Trump: ‘We’ve seen this before’