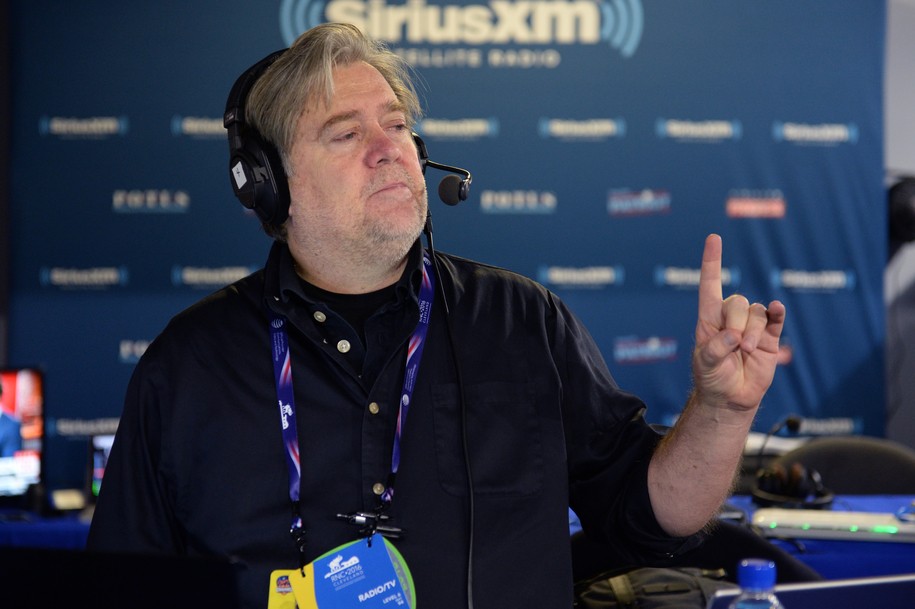 We knew that in Stephen Bannon, Donald Trump had chosen a campaign CEO who runs a website that traffics in grotesque racism and sexism. Turns out, Bannon himself is just as noxious as the content he promotes at Breitbart.com. He didn’t just face domestic violence charges after a fight left his then wife with red marks on her neck and wrist:

He was charged in February 1996 with domestic violence, battery and attempting to dissuade a victim from reporting a crime, but the case was dropped when [his then wife Mary Louise] Piccard did not show up in court. In court records, Ms. Piccard later claimed that Mr. Bannon instructed her to leave town to avoid testifying.

Mr. Bannon, she said, told her that “if I went to court he and his attorney would make sure that I would be the one who was guilty.”

Mr. Bannon’s lawyer, she said, “threatened me,” telling her that if Mr. Bannon went to jail, she “would have no money and no way to support the children.”

Stephen Bannon, the chief executive of Trump’s election campaign, has an active voter registration at the house in Miami-Dade County, Florida, which is vacant and due to be demolished to make way for a new development. […]

Wilfully submitting false information on a Florida voter registration – or helping someone to do so – is a third-degree felony punishable by up to five years in prison.

Election officials in Miami-Dade make clear to prospective voters that they are required to actually live in the county and to use their home address in election paperwork.

Compared with domestic violence followed by threatening your victim into skipping a court date, an illegal voter registration is small potatoes—except that Bannon’s Breitbart.com has been obsessed with voter fraud on the part of Democrats and non-white people, which the site has painted as a scandal and a threat to democracy. Whipping up that kind of fear while yourself having an illegal registration may be just the kind of hypocrisy we’re used to from Republicans, but that doesn’t make it less damaging.

Does Donald Trump know about any of this? Who knows—but being the sharp businessman that he never lets us forget he is, he should know he’s responsible for the people he hires.