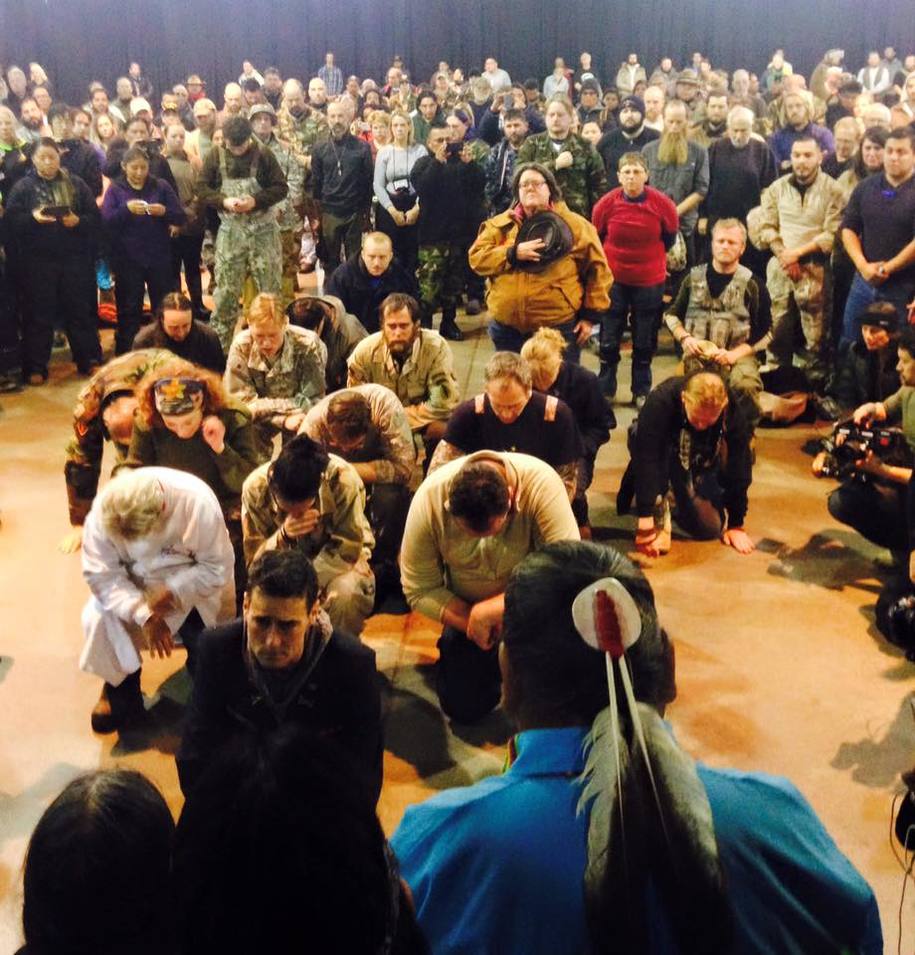 I witnessed something powerful and profound today. Wes Clark Jr and the assembled veterans took a knee and collectively asked for forgiveness for the genocide and war crimes committed by the United States Military against tribal nations in this country. Leksi Leonard Crow Dog on behalf of the tribes in attendance accepted and asked for forgiveness for any hurt that might have been caused June 25, 1876 when the Great Sioux Nation defeated the 7th Cavalry. The last thing he said to the veterans was, “… and today we forgive and ask for world peace.” All the veterans replied in a single unified voice, “WORLD PEACE!!!!”

The Native Veterans filed through the ranks, shaking hands and giving each other hugs. There were alot of warriors with tears in their eyes

Musical artist Tina Malia was also on hand for the heartwarming event and notes there were no dry eyes in the room:

Just now: US Vets came forth and asked for forgiveness from the First Nations people. There was not a dry eye in the room.