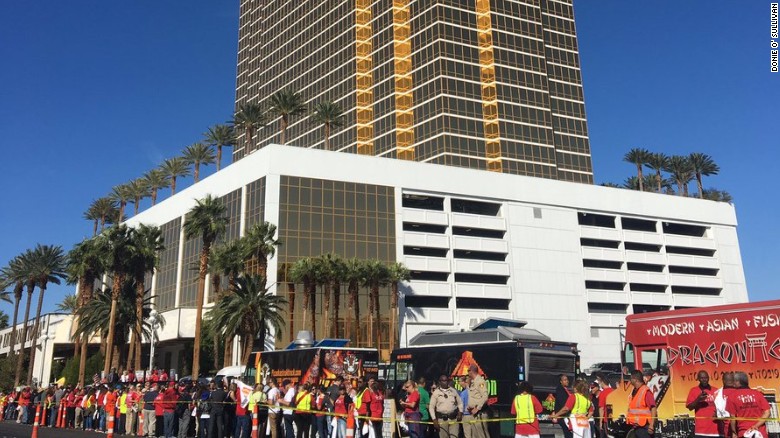 There was about 400 workers and community members in front of the property and several taco trucks that provided free tacos to those in attendance.

Trump Hotel Las Vegas workers voted to unionize and want their boss, Donald Trump, to negotiate a contract so they can have fair wages, job security, and good health benefits.

Donald Trump’s workers are treated like second-class and are paid $3.00 less per hour than other union workers on the Las Vegas Strip – NOT FAIR!!!

It’s time to Donald Trump to negotiate with his employees! He says he wants to “Make America Great Again,” so then he should start with his own hotel here in Las Vegas and treat his workers with respect!