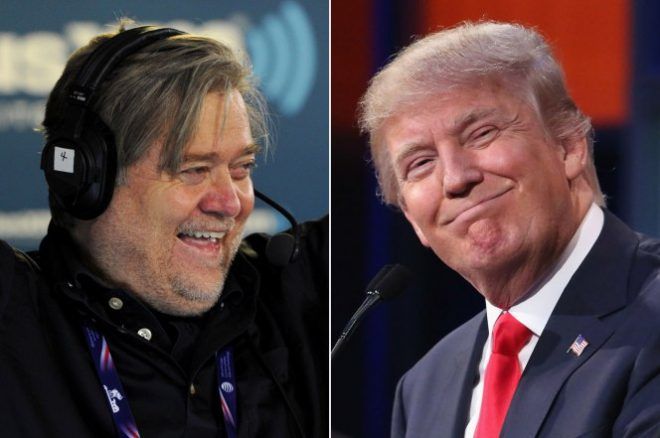 On Saturday, as thousands of people across the country rose up against his Muslim ban, Donald Trump did something else worthy of mass protest. He put a white nationalist on his National Security Council:

Trump reorganized the National Security Council to, along with other changes, give [Steve] Bannon a regular seat on the principals committee—the meetings of the most senior national security officials, including the secretaries of defense and state.

That memo also states that the director of national intelligence and the chairman of the Joint Chiefs of Staff will sit on the principals committee only when the issues to be discussed pertain to their “responsibilities and expertise.” In the previous two administrations, both were included as regular attendees.

Friday night, DHS arrived at the legal interpretation that the executive order restrictions applying to seven countries—Iran, Iraq, Libya, Somalia, Syria, Sudan and Yemen—did not apply to people who with lawful permanent residence, generally referred to as green card holders.

The White House overruled that guidance overnight, according to officials familiar with the rollout. That order came from the President’s inner circle, led by Stephen Miller and Steve Bannon. Their decision held that, on a case by case basis, DHS could allow green card holders to enter the US.

Everywhere you looked Saturday, there was Steve Bannon, making this a true Breitbart News regime.