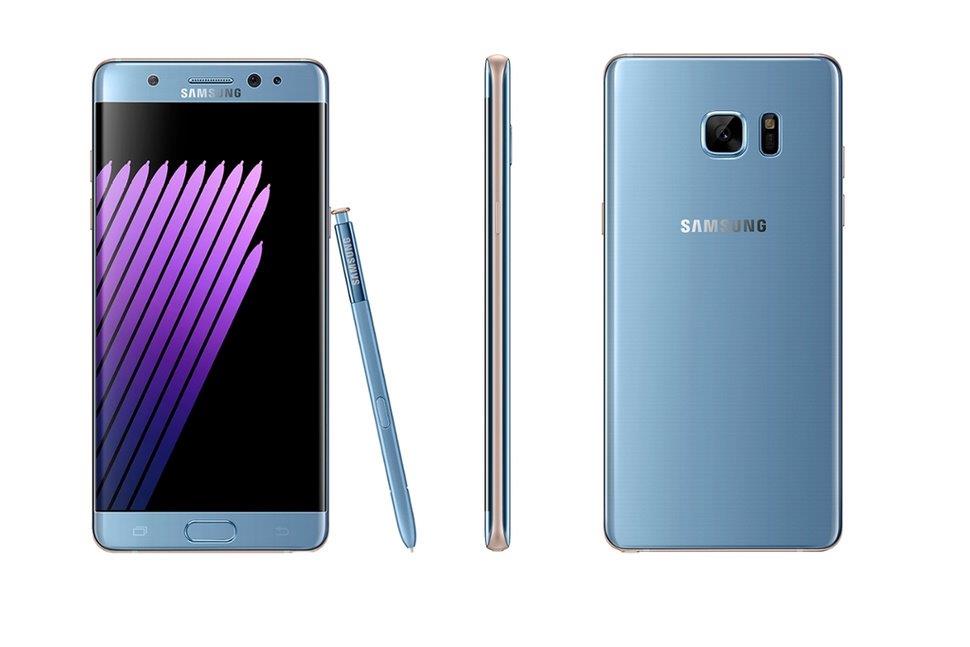 Units:  About 1.9 million (This includes the 1 million Galaxy Note7s recalled on September 15, 2016 )
Description:  This recall involves all Samsung Galaxy Note7 smartphones. The recalled devices have a 5.7 inch screen and were sold in the following colors: black onyx, blue coral, gold platinum and silver titanium with a matching stylus. Samsung is printed on the top front of the phone and Galaxy Note7 is printed on the back of the phone. This recall involves all Galaxy Note7 devices received as replacements as part of the previous Galaxy Note7 recall on September 15, 2016 and any Galaxy Note 7 with a green battery icon, regardless of date purchased or IMEI.
Incidents/Injuries:

Remedy:  Consumers should immediately stop using and power down all Galaxy Note7 devices, including Note7 devices received as replacements in the previous recall.

Sold At:  Wireless carriers and electronic stores nationwide, including AT&T, Best Buy, Sprint, T-Mobile, US Cellular, Verizon stores, online at www.samsung.com and other websites and on third party websites from August 2016 through October 2016 for between $850 and $890.
Manufacturer(s):  Samsung Electronics America Inc., of Ridgefield Park, N.J.
Manufactured In:  Corea del Sur y China

The U.S. Consumer Product Safety Commission is charged with protecting the public from unreasonable risks of injury or death associated with the use of thousands of types of consumer products under the agency’s jurisdiction. Deaths, injuries, and property damage from consumer product incidents cost the nation more than $1 trillion annually. CPSC is committed to protecting consumers and families from products that pose a fire, electrical, chemical or mechanical hazard. CPSC’s work to help ensure the safety of consumer products – such as toys, cribs, power tools, cigarette lighters and household chemicals -– contributed to a decline in the rate of deaths and injuries associated with consumer products over the past 40 years.

Federal law bars any person from selling products subject to a publicly-announced voluntary recall by a manufacturer or a mandatory recall ordered by the Commission.

To report a dangerous product or a product-related injury go online to www.SaferProducts.gov or call CPSC’s Hotline at 800-638-2772 or teletypewriter at 301-595-7054 for the hearing impaired. Consumers can obtain news release and recall information at www.cpsc.gov, on Twitter @USCPSC or by subscribing to CPSC’s free e-mail newsletters.