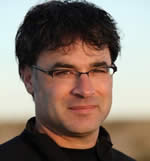 Palin, the former running mate to Sen. John McCain during the 2008 presidential elections, continues to claim that she effectively protected Alaska’s environment, but a national academies peer review panel has blasted her oil and gas risk assessment plan, calling her environmental credentials into question.

"A blistering critique of former Alaska Governor Sarah Palin’s game plan for assessing the safety of the state’s oil and gas facilities and operations by a national panel of experts calls into question Palin’s claim that, as governor, she made safeguarding of Alaska’s resources a priority," veteran Alaska oil and gas analyst Richard Fineberg, who consulted to the Palin administration in 2007 and early 2008 wrote on November 15.

"The public would be well served by examination of Palin’s executive style and performance as governor," Fineberg added, speaking to Truthout in Fairbanks, "It’s important for people to know she was never there to do work, particularly at this time when she is once again in the public eye claiming to be a hard working Alaskan who cares for people in her state."

Fineberg, who lives in Esther, a small town near Fairbanks, won state and national press awards as a reporter during the 1970s and has observed Alaska petroleum development for four decades, including a stint as a senior adviser to the governor of Alaska on oil and gas policy during the 1980s.

The critical review by the Transportation Research Board (an arm of the National Research Council and the National Academies) released October 15 concluded that Palin’s program probably would not have worked.

"When she announced the Alaska oil and gas infrastructure risk assessment project on May 1, 2007, it (the project) was supposed to take three years to complete," Fineberg continued, "But it took the Palin administration nearly two years just to come up with its plan, only to have its proposal soundly rejected by both the industry and the environmental community. At two to two and a half years, the project Palin launched is on hold and her successor looks for a new plan – and a new contractor to carry it out."

"This peer review panel told then Governor Palin that her plan would simply not work," Fineberg told Truthout in Fairbanks, "She claimed to be protecting the environment, but her whole plan was bullshit and never got off the ground."

In that article, "DRILL: Petroleum is a major part of America’s energy picture. Shall we get it here or abroad?" Palin said the US produced only 4.95 million barrels of oil per day (bpd) in 2008, while consuming 19.5 million bpd, creating the impression that the US imported over 14 million bpd, or 75 percent of its total oil needs.

But the same US Energy Information Administration (EIA) data show that the US imported about 11 million bpd in 2008 (less than 60 percent of total oil consumption). More importantly, imports are declining and EIA anticipates dramatic long-term import reduction, to 41 percent of total consumption by 2030.

In her plea for more drilling, Palin – billed by her admirers as an energy expert – also overlooked, or ignored, this key fact.

Despite the intense media focus on the release of her book, little attention has been paid to these developments, or to her record as governor of Alaska.

"Her energy claims just never made any sense," Fineberg continued, "The implication is that her theme is that we need to drill, because imports are so huge, but EIA is stating the opposite-that imports were actually declining. She is still up to her old tricks, and she has never mastered the energy numbers, as she leads people to believe she has."

Fineberg added, "We never had any contact with her. She wasn’t there. She would delegate and vanish. She never did anything to follow up on the risk assessment information she hired us to provide to her."