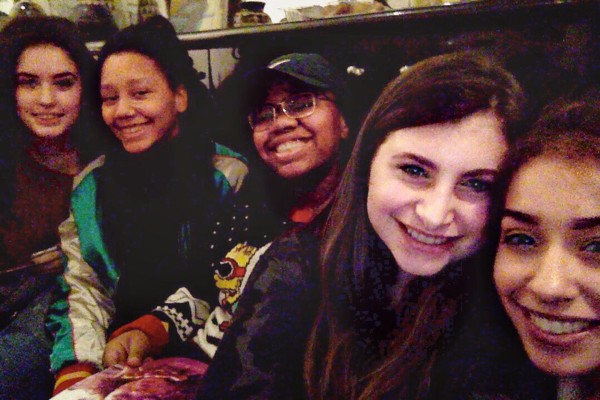 CHICAGO—(ENEWSPF)–January 3, 2016. As part of a national and statewide movement, the Women’s March on Washington – Illinois Youth Chapter will join tens of thousands of people in Washington, D.C. Jan. 21, the day after the presidential inauguration, to stand in solidarity against the hateful rhetoric of this past election cycle.

Chicago teenagers Chloe Wagner and Morenike Fabiyi, who are juniors at Francis W. Parker High School, have been working along with the Women’s March on Washington – Illinois Chapter and Chicago Women Take Action to coordinate a group of teens from the Chicago area to travel to Washington to attend the march. Their efforts include raising funds to subsidize the cost for the teens and raising awareness among their peers.

“The 2016 election left me feeling confused and vulnerable. Knowing that many youth felt the same way, Chloe and I created the Illinois Youth Chapter in order to let our peers know that their voices are valuable,” Fabiyi said. “It is critical to us that youth are involved in this movement and we are excited to lead a group of a peers that will be politically engaged in the future.”

“The Illinois Youth Chapter, which consists of a diverse group of teens, will be marching along with thousands of other people in Washington, D.C. to take a stand for the causes that they believe in. The inability to vote for youth under 18 in this past election has left many feeling powerless in our schools and communities. We hope to give rise to a new group of teens who are engaged and active in political communities despite the fact that we are unable to vote,” said Chloe Wagner.

About The Women’s March on Washington:
The Women’s March on Washington began in response to the divisive rhetoric of the past election cycle, which demonized and threatened the rights of women, immigrants, the LGBTQIA community, survivors of sexual assault, and various other religious and ethnic minorities. This is a grassroots effort comprised of dozens of independent coordinators at the state and local level. The effort is helmed by four National Co-chairs and a National Committee of organizers who are working around the clock to make this march a success and send a bold message to the new administration on their first day in office.

The Women’s March on Washington will start at the intersection of Independence Avenue and Third Street SW, near the United States Capitol, at 10 a.m. Jan. 21, 2017. There will be a march (with a route that will be released in the upcoming weeks) followed by a rally. A program featuring nationally recognized advocates, artists, entertainers, entrepreneurs, thought leaders, and others will be announced in the coming weeks, as well.

The hashtags for social media are: #wmwillinois #womensmarch, #whyIMarch, #hearourvoice.

For more information on the Illinois Youth Chapter, find the official Facebook page at:
https://www.facebook.com/pg/WMW.IL.Youth/about/?ref=page_internal.

For more information on Illinois-specific efforts, find the official Facebook page at: www.facebook.com/wmwillinois/ .

For more information about the Women’s March on Washington itself and the national efforts, go to:www.womensmarch.com .