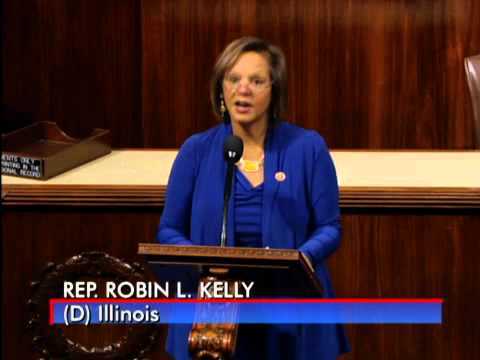 Matteson, IL –(ENEWSPF)–January 29, 2017.  Congresswoman Robin Kelly released this statement regarding news that a federal judge ordered the government not to deport immigrants currently held at airports based on President Trump’s Executive Order barring individuals from certain Muslim-majority countries:
“I am inspired by and agree with Judge Donnelly’s decision to grant an emergency stay. These individuals were denied entry because of President Trump’s radical and reckless Executive Order.  President Trump’s ban runs counter to our Constitution, shows a lack of judgement and displays extreme indifference for American global leadership.
The President’s policies are creating disastrous episodes that endanger our security.  Instead of working across the aisle to address any gaps in our security, President Trump jumped to an Executive Order that violates the rights of American citizens and people who risked their lives for our country.
It’s time for Leader McConnell and Speaker Ryan to get serious about their Constitutional duties.
In a time when families flee the terror of ISIS and seek a better opportunity, how will America remain compassionate and lead?
Simply put, the overreach that we’re witnessing with this Executive Order is un-American.”
Source: http://robinkelly.house.gov