Washington, DC–(ENEWSPF)–September 2, 2016. From the Zika, the mosquito-borne virus recently making headlines across the globe, to Cheatgrass, which increases the danger of wildfire as the plant spreads across the Western U.S. – invasive species come in all shapes and sizes. But the one thing they have in common is the threat they pose.

Invasive species are simply that—invasive. They are non-native species whose introduction causes or is likely to cause economic or environmental harm or harm to human and animal health. If left to spread, invasive species can cost billions of dollars to manage and can have devastating consequences on the Nation’s ecosystems, economy, and human health. Invasive species was one of many topics being discussed this week at the World Conservation Congress held for the first time ever in the United States in Honolulu.

The group charged with fighting these threats for the U.S. is the National Invasive Species Council. The Council recently released its NISC Management Plan 2016-2018, which identifies high priority actions for the Federal government and its partners to take to prevent, eradicate, and control invasive species, as well as restore ecosystems and other assets adversely impacted.

Before you read the plan, here are some of the species causing harm across the world: 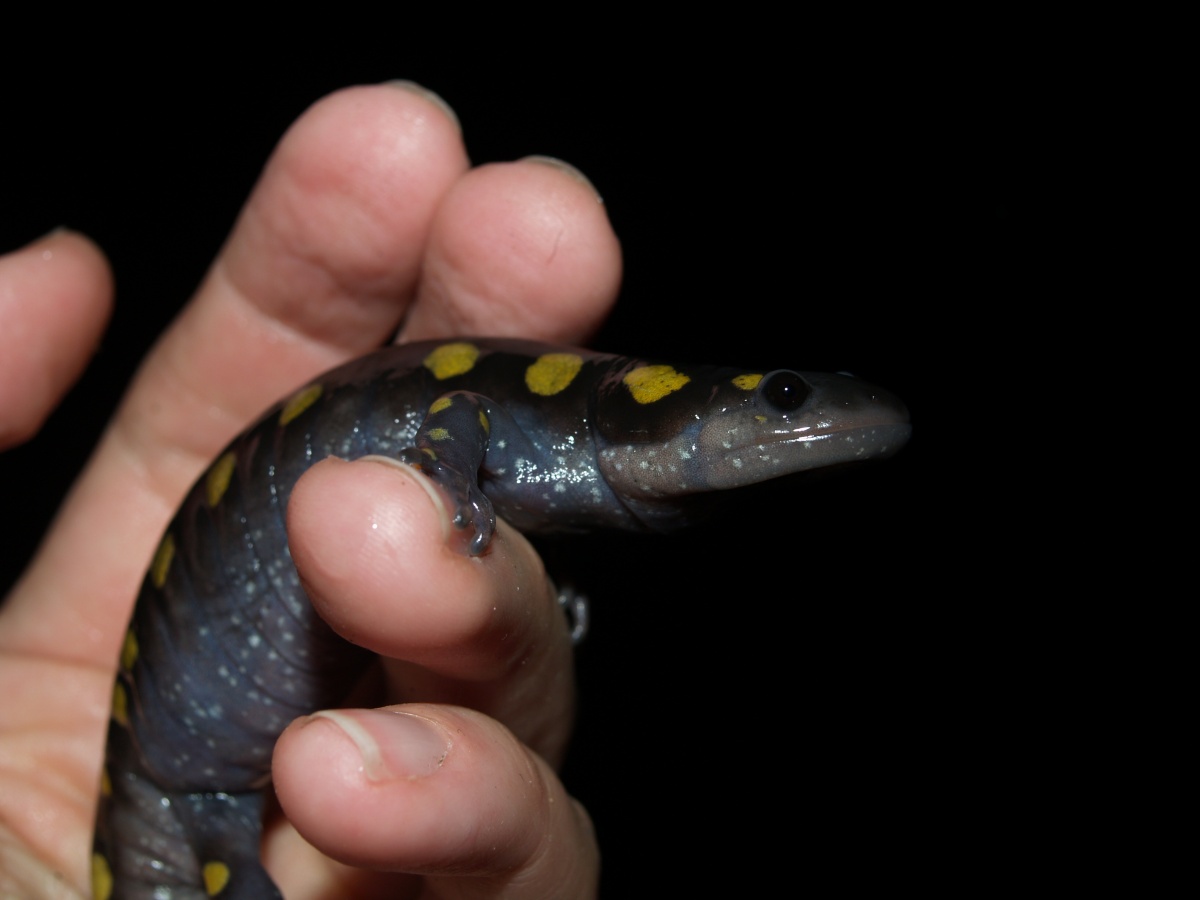 Bsal is a microscopic fungal pathogen that can be lethal to salamanders by infecting them with the disease, chytridiomycosis. Bsal was initially identified in Europe in 2013, after massive die-offs in fire salamanders in the Netherlands. Bsal has not yet been detected in the U.S. Research suggests that control efforts taken after its introduction into an area would have marginal effectiveness. Targeted prevention and early detection measures are, therefore, critical to pre-empt its introduction and/or establishment in the U.S. 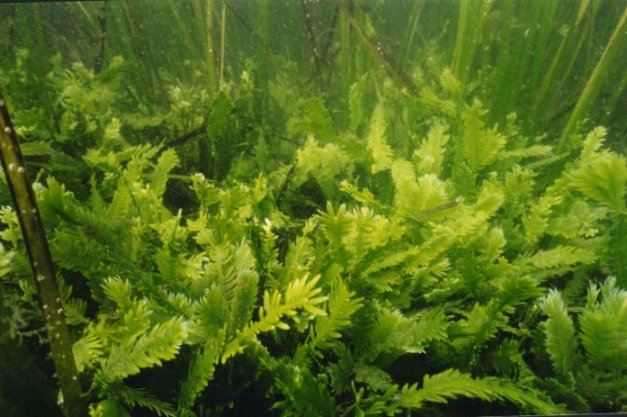 Caulerpa taxifolia is an attractive species of seaweed that is commonly used as an ornamental decoration in marine aquariums. It may also be moved if it gets caught up in marine equipment (including boats, fishing gear, etc.) that is relocated. In 2000, a population of C. taxifolia was discovered near San Diego in Agua Hediondo and Seagate Lagoons, prompting one of the first marine rapid response efforts in the US. The introduced populations were officially declared eradicated in 2006. The eradication of C. taxifolia demonstrates the value of investing in the early detection of and rapid response to non-native species before they cause substantial harm. 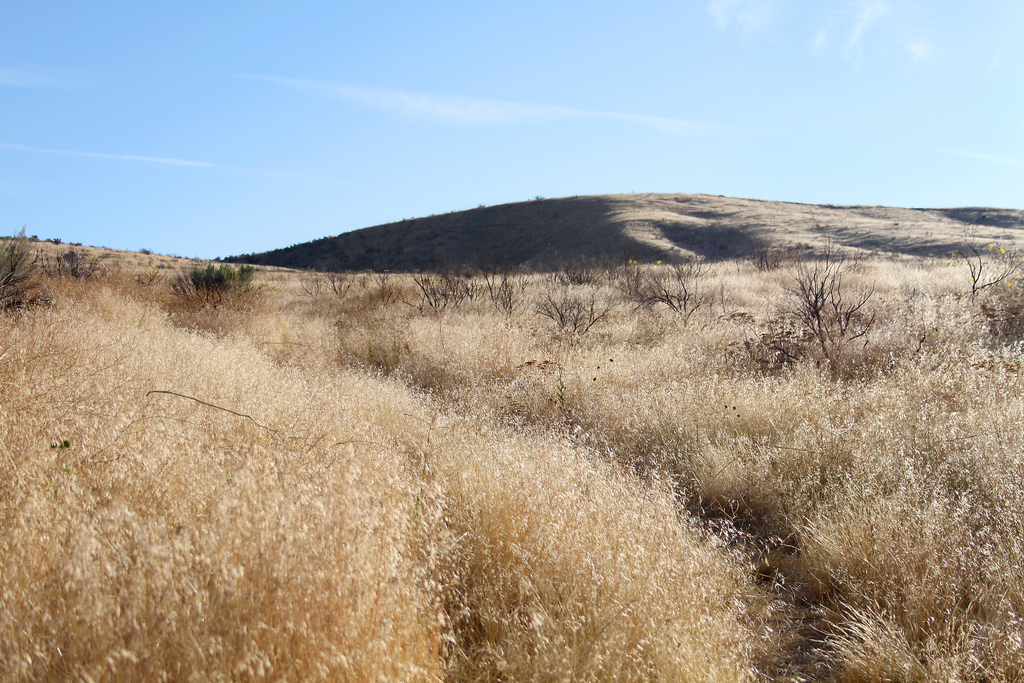 Cheatgrass is a well-known invasive grass that has already spread throughout much of the western U.S. It’s known as an ecosystem transformer meaning that it outcompetes native grasses, such as sage brush, and fuels intense fires where it has invaded rangeland areas. The alteration of habitat by cheatgrass is a primary threat to the greater sage-grouse, a species that has inspired tremendous conservation efforts by state and federal agencies. Although cheatgrass is present and abundant in much of the western rangeland, it may still be feasible to prevent cheatgrass from becoming dominant in the Great Basin and Eastern Range. The early detection of and rapid response to new infestations of cheatgrass are critical to protecting the ‘good habitat’ that remains for the greater sage-grouse and other sage-dependent species. 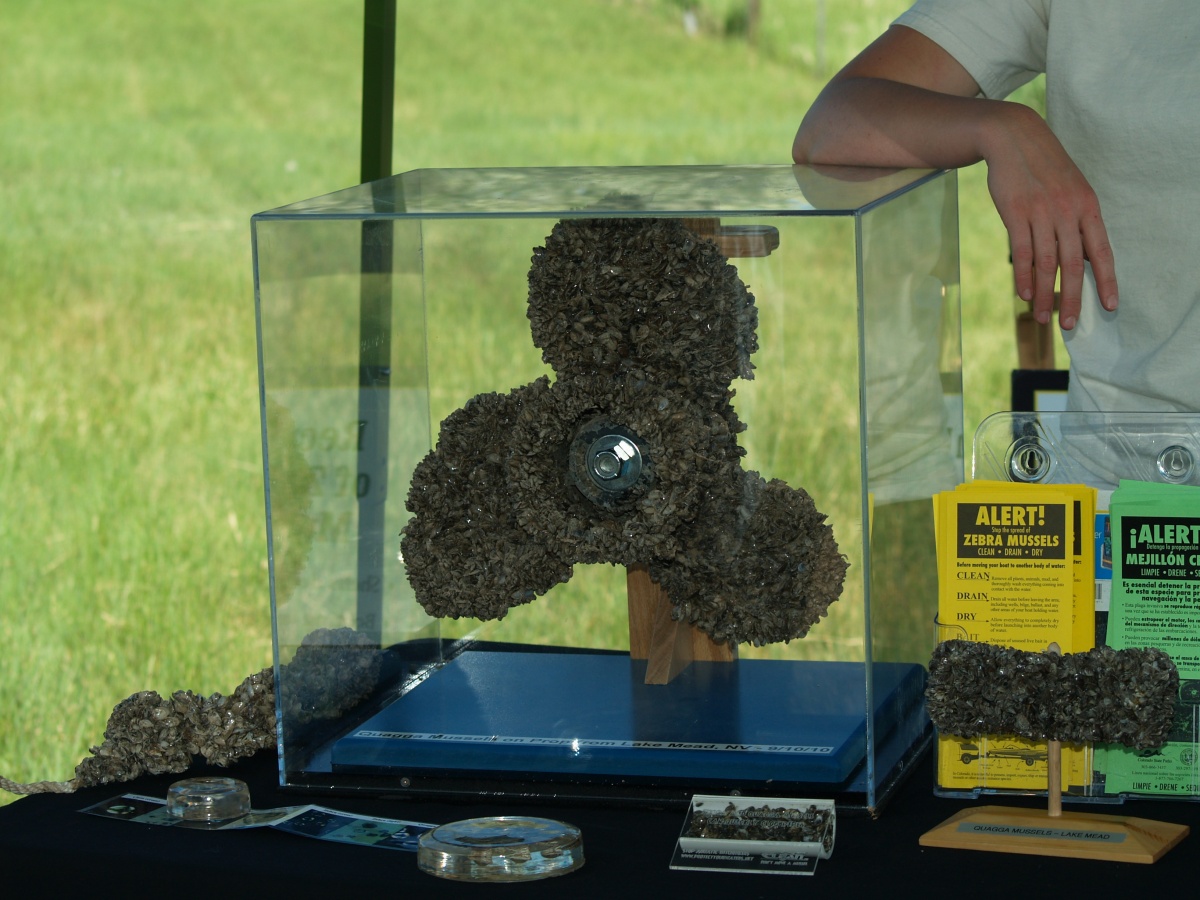 A display of zebra mussels attached to a boat propeller. Photo by U.S. Fish and Wildlife Service.

Non-native aquatic mussels, such as quagga and zebra mussels have a long history of invasiveness in the U.S. They were first introduced into the Great Lakes region in the 1980s, and by the 1990s had spread through all of the lakes. Despite the extent of those invasions, there are still parts of the U.S., particularly in western states, that are working hard to keep their waterbodies and waterways free of invasive mussels. 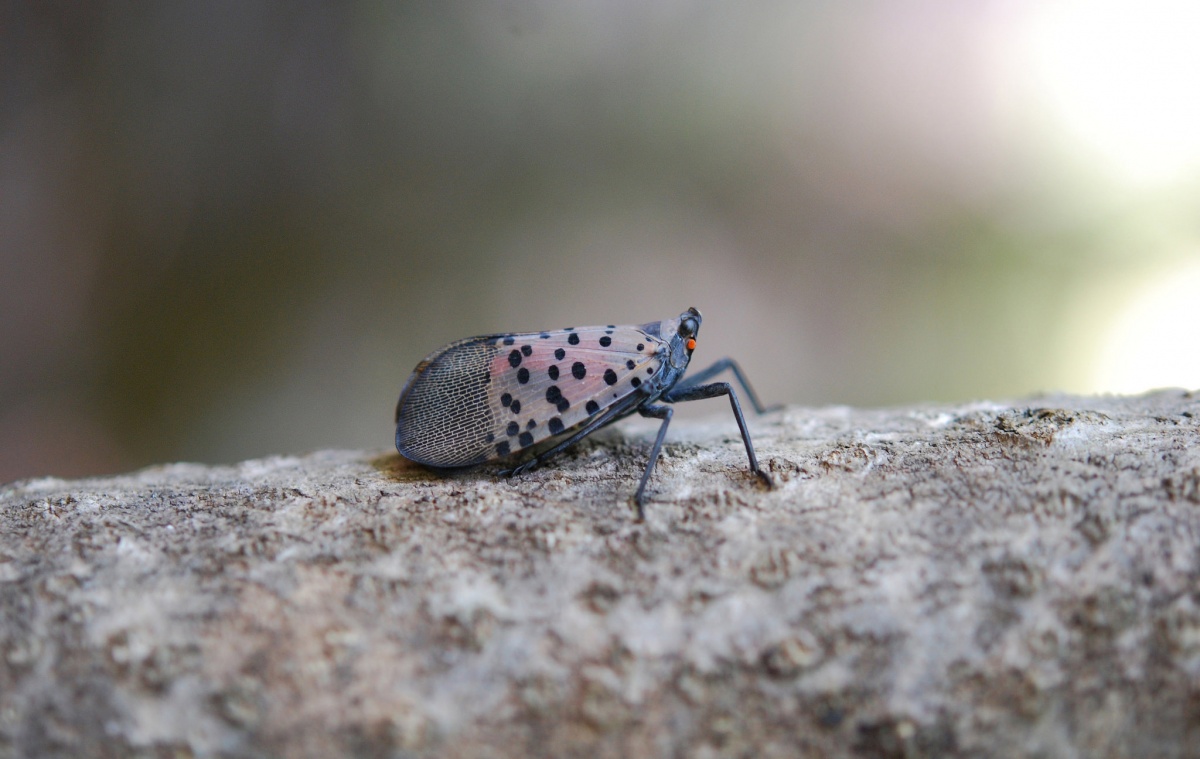 A spotted lanternfly. Photo by U.S. Department of Agriculture.

This charismatic insect was discovered in Berks County, Pennsylvania in the fall of 2014, and subsequently has been found in neighboring counties. The spotted lanternfly feeds on more than 70 species of plant hosts, including grapes, apples, stone fruits, and pines. It can thereby be seen as a ‘crossover species’ that threatens both agricultural and natural areas. Since its distribution in the U.S. is currently quite limited, the spotted lanternfly could become a ‘poster child’ for the early detection of and rapid response to invasive species. There is still an opportunity to eradicate it from the U.S. 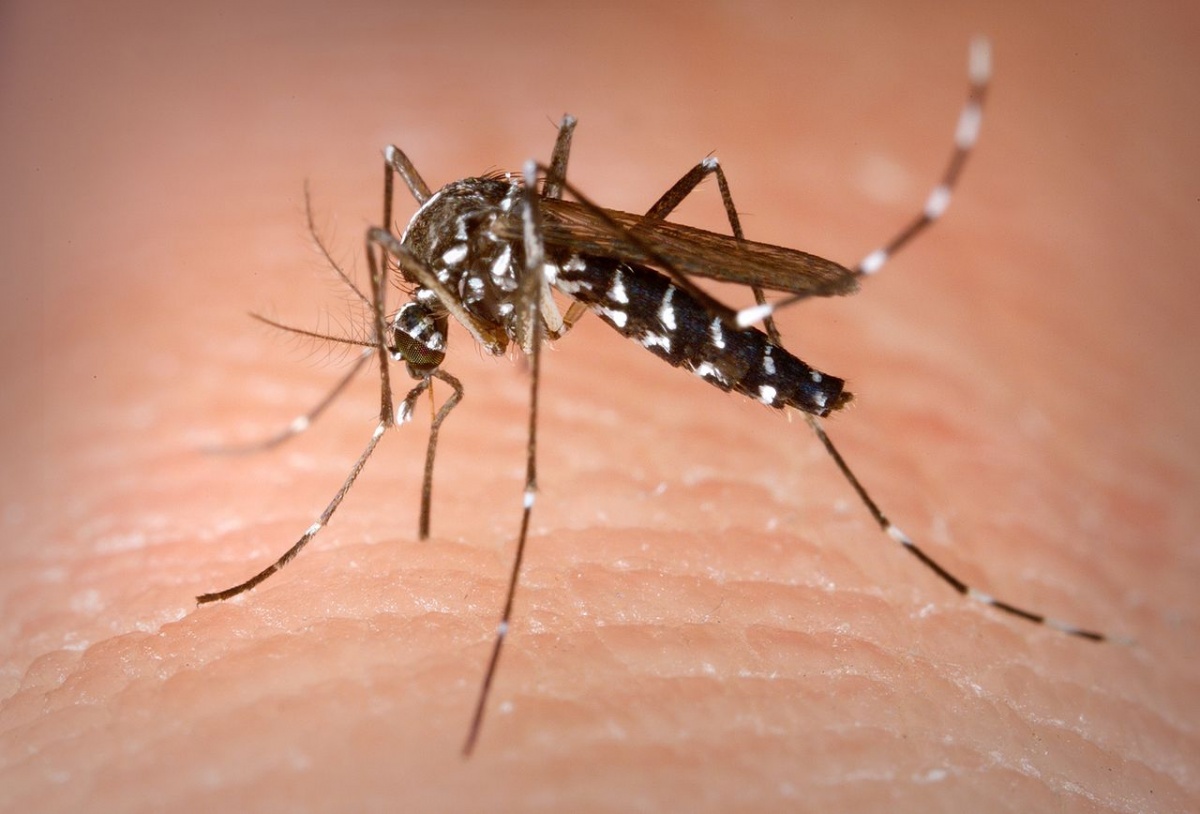 The Aedes mosquito is a carrier of the Zika virus. Photo by James Gathany, Centers for Disease Control.

The Zika virus is transmitted by mosquitoes and is a human health concern, particularly for infants. First identified in the late 1940s, Zika virus was generally limited to the equatorial belt. It has recently spread throughout the Americas. Since January 2016, a number of infected individuals have been identified in the U.S., although they were likely infected by mosquito bites during travels to regions with the virus. The common vector for transmitting the virus are mosquitoes in the Aedes genus, which is also invasive in the U.S. Currently, there is no evidence that populations of invasive Aedes mosquitoes in the U.S. are infected with the Zika virus, and the primary objective of early detection/rapid response actions is to ensure that the virus does not become established within the U.S.

The NISC has a giant task in fighting a variety of invasive species. Their Management Plan is a call to collective action against these threats. It provides them with a guide on where to place their priorities, and where to invest in the future to ensure that human and animal health remains paramount and that ecosystems remain intact.