Washington, DC–(ENEWSPF)–April 6, 2012.  A number of communities on Cape Cod, Massachusetts have begun to adopt or explore organic turf management practices for municipal parks and athletic fields. The towns of Wellfleet, Eastham, Barnstable, Brewster, Orleans, Chatham, and Harwich have all made moves toward adopting policies or informal practices that seek to limit the application of toxic pesticides on town-owned property and opt instead for organic methods of pest management. 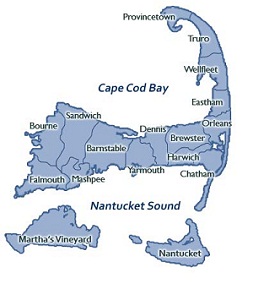 Furthest along in the effort is Wellfleet, which last month officially adopted the Cape’s first codified organic turf management policy. The policy bans all pesticides and chemical fertilizers on town parks, playgrounds, and athletic fields, while allowing for some exceptions such as rodent bait traps, according to the Cape Cod Times. Wellfleet’s Board of Selectmen, which unanimously adopted the policy on March 13th, were concerned about the possibility of lawn chemicals leading to environmental contamination and presenting serious risks to people and wildlife. Eastham, just to the south of Wellfleet, is working on passing its own bylaw outlining a set of organic turf management practices to restrict pesticides throughout the town.

The town of Barnstable has also begun to explore how it might go about implementing an organic turf management policy on its own lands. The town is in the process of documenting current practices in order to determine how they could be changed to reflect organic principles. “You can’t invite people to your parks and put something down that might be injurious to them,” Barnstable Town Manager Thomas Lynch told the Cape Cod Times.

Other municipalities throughout the region have been practicing or working to adopt organic land management to varying degrees for several years. The town of Orleans has been informally using organic methods, but is currently working toward formalizing these practices in a policy that is expected to come before the town selectmen over the summer. Other nearby towns, including Brewster, Chatham, and Harwich, are similarly working to explore and potentially adopt concrete policies to encourage reduction in pesticides and chemical fertilizers on public lands. Additionally, the town of Falmouth has severely reduced pesticide applications by the Department of Public Works, using them only to control specific diseases. Some of the towns have also been involved in fighting right-of-way herbicide applications by the local power utility NStar. Both Wellfleet and Eastham have been pushing for the company not to spray roadsides within the town borders and have been largely successful.

Officials in several of the towns on the Cape have indicated that they are worried about the potential increases in cost associated with organic turf management and stated this may be an impediment to more widespread adoption of organic policies. However, research by the environmental health group Grassroots Environmental Education, comparing the relative costs of maintaining a typical high school football field using a chemical-intensive program and a natural (organic) program over a five-year period, concludes that the annual cost of maintaining a field using natural products and techniques can be as much as 25% lower than the cost of conventional programs using chemical fertilizers and pesticides.

For those who are in the region of Cape Cod or eastern Massachusetts, there will be a workshop sponsored by Green CAPE and given by organic turf expert and Beyond Pesticides board member Chip Osborne in Barnstable on April 14 with information on how to manage your lawn without pesticides and chemical fertilizers.

For more information and resources on organic management of green spaces, see our lawns and landscapes page.