Small but determined, the town of Ogunquit, Maine re-passed an ordinance banning the use of synthetic pesticides and fertilizers on private property. Residents voted 444 to 297 in favor of the ban, sending an even stronger second-time approval of the initiative.

The town passed a nearly identical ordinance earlier this year in June, however, it was decided that a procedural glitch of failing to notify the state’s pesticide board before passage of the ordinance, as well as a lack of agricultural exemptions, should be corrected through an amended ordinance and revote.

The now double-confirmed law expands on existing pesticide use restrictions on town-owned property. The passage of this ordinance positions Ogunquit as a leader in the state for environmental sustainability and the protection of public health, and supports the Ogunquit Conservation Commission’s goals to ensure that the town’s popular beaches are clean and healthy for all those that visit.

In a narrow but meaningful win (50.2 percent to 47.9 percent), the voters of Maui County passed an initiative temporarily banning GE crops unless companies’ practices are tested and deemed safe. According to Honolulu Civil Beat reporters, opponents of the measure outspent advocates more than 87 to 1, amounting to $300 for every “no” vote.

This rare but powerful instance of big ag and big money not buying a victory, however, still has an intense and cost-intensive fight ahead. The temporary ban is all but sure to face a legal challenge by Syngenta, DuPont Pioneer, BASF Plant Science LP, and Dow AgroSciences, plaintiffs in the lawsuit against neighboring Kauai County’s related GE and pesticide law.

Kauai’s law did not impose a full ban of GE farming, however, it did require mandatory notification concerning pesticide applications and buffer zones for crops and pesticide spraying in certain areas. Even with these more moderate restrictions, the Kauai law was invalidated by federal court in August. While attorneys defending the law filed an appeal in the 9th Circuit in September, some Kauai County Councilmen have introduced a bill to repeal the challenged law, which would invalidate the appeal. 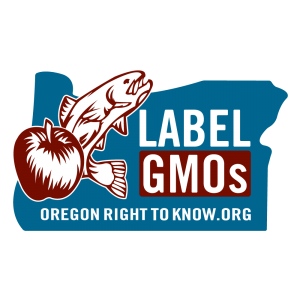 With the passage of Maui’s initiative, the strong voice of the people of Hawaii continues to grow in the face of agribusiness opposition and funding.

Oregon’s Measure 92, a GE-labeling initiative that would have confirmed Oregon consumers’ right to know whether the foods they purchase are produced with genetically engineered ingredients, suffered a nail-biting defeat, with a scant 1.2 percent separating the nays and yays in the final vote count.

According to The Oregonian, the controversial initiative brought in more money on both sides of the vote than any previous ballot measure, although opponent contributions more than doubled supporters and were backed by the likes of Monsanto and other food industry giants.

Colorado’s attempt to pass a GE-labeling law, known as Proposition 105, like Oregon, was also met with defeat. With 66 percent voting against the proposed law and 34 percent in favor, the numbers showed a stronger rejection of the right-to-know initiative than any previous state attempt to adopt such laws. Again, opposition funding flooded in from Monsanto and other food giants, like Pepsico and Coca-Cola contributed to the proposition’s defeat. 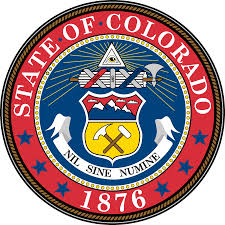 Undaunted, supporters of pesticide restrictions and GE-labeling, including Beyond Pesticides, will continue to fight for consumers’ right-to-know and protect their homes, environment, families, and communities on all fronts at the local, state, or federal level. Win or lose, the grassroots efforts in states, counties, and towns are standing up to the chemical industry and agribusiness in an ongoing campaign to educate the public on the pervasiveness of pesticide and GE contamination, importance of right-to-know, and the viability of organic alternatives. Visit Beyond Pesticides website to learn more about what you can do to avoid defeat and support the next victory!