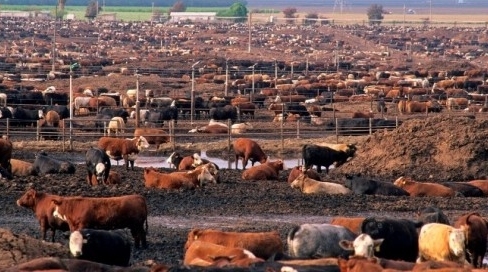 “If the agencies charged with protecting the public’s health had been doing their jobs in the first place, we wouldn’t be in this situation,” said Helen Reddout of CARE.  “Every time that CARE has brought dairy pollution problems to the attention of the agencies, now for two decades, the agencies have turned their heads in the other direction and allowed the pollution to continue.  CARE has, once again, had to go to the federal courts to vindicate the people’s rights to stop the serious public health threats caused by the industrial dairies’ massive manure pollution.”

“It is long past due that these dairy factories be held accountable for their toxic waste and compromising of human health,” said George Kimbrell, senior attorney for Center for Food Safety. “These dairies’ practices harm drinking water and the environment, and we are gratified that the Court agrees that such pollution is unlawful.”

The lawsuits allege that the dairies’ leaking lagoons and over-applied manure are a major public health and environmental threat.  The dairies’ practices cause nitrates and other pollutants to enter into nearby soils and drinking water.  A 2012 EPA Study showed that 20 percent of the 331 wells tested in the Lower Yakima Valley had nitrate levels above federal drinking water standards, posing a serious danger to the more than 24,000 residents who rely on private wells for drinking water. Nitrates can cause severe health problems such as blue baby syndrome, several forms of cancer, autoimmune system dysfunction, and reproductive problems.  The dairies named in the lawsuits were subjects of EPA’s study.  Since the EPA study, additional information confirms the dairies’ contributions to contamination of drinking water in the region.

“The contamination of the Lower Yakima Valley by industrial dairies has been going on for decades,” said plaintiffs’ attorney Charlie Tebbutt of Eugene, Oregon.  “This victory is another step toward cleaning up the mess caused by these massive industrial operations.  We will now proceed to trial to provide the Court with all the evidence it needs to require comprehensive clean up.”

“This precedent-setting victory is a clear indication that mega-dairies like Cow Palace may not continue to operate in a way that dumps their mess on the people and the environment,” says Jessica Culpepper, Food Safety and Health attorney at Public Justice.  “By creating far more manure than the dairy could possibly manage and allowing its facility to operate under filthy conditions, it has endangered not only the environment and a community’s drinking water supply, but the health and safety of the animals, the farmworkers, and dairy consumers as well.”

In addition to Tebbutt, Culpepper, and Holmes, CARE and the Center for Food Safety are represented by Beth Terrell, Toby Marshall, and Blythe Chandler of Terrell Marshall Daudt & Willie PLLC, and Brad J. Moore of Stritmatter Kessler Whelan, Seattle, Washington.

In October 2012, CFS and CARE put the dairies on notice of their violations by serving them with 90-day Notice of Intent to Sue letters, thereby providing the factory farms with more than the statutorily-required time to take corrective action.  None of the dairies rectified their practices, leaving the groups no other option but to seek court intervention.  The groups filed their lawsuits in February 2013 and defeated attempts to dismiss the case.

About Center for Food Safety

Center for Food Safety is a national, non-profit, membership organization founded in 1997 to protect human health and the environment by curbing the use of harmful food production technologies and by promoting organic and other forms of sustainable agriculture.  CFS maintains offices in Washington, D.C., San Francisco, California, Portland, Oregon and Honolulu, Hawaii.  More information can be found at www.centerforfoodsafety.org.

Public Justice is a national public interest law firm that fights injustice and holds corporate and government wrongdoers accountable.  Public Justice created the Food Safety and Health Project to hold corporations accountable for the manufacture, distribution and marketing of food and other products that endanger consumers’ safety, health and nutrition.  See our website at www.publicjustice.net.

Community Association for Restoration of the Environment (CARE) is a non-profit organization based in Outlook, Washington.  CARE is a grassroots organization made up of concerned community members, whose mission is to educate people about activities that endanger the health and quality of life and to advocate for actions to protect and restore the economic, social, and environmental resources of Washington.