Washington, DC–(ENEWSPF)–August 20, 2015.  Just as children go back to school, research finds that lice in 25 of 30 states in a U.S. study have developed resistance to common over-the-counter treatments like permethrin, calling into questions the justification for exposing children to a neurotoxic and carcinogenic pesticide and elevating the need to consider nontoxic alternatives. The research was presented Tuesday at the 250th National Meeting and Exposition of the American Chemical Society (ACS), by Kyong Yoon, Ph.D., of Southern Illinois University, Edwardsville.

Classified as a synthetic pyrethroid insecticide, permethrin is “likely carcinogenic” and a suspected endocrine disruptor, immunotoxic, neurotoxic, and highly toxic to fish, aquatic animals, and bees. Dr. Yoon and his colleagues describe the threefold mutations that lice have developed over time due to the constant use of synthetic pyrethroid insecticides. This new finding builds on his team’s previous research, which found that 99.6% of lice are resistant to chemical treatment, adding weight to the fact that chemical treatments not only are unnecessary given effective least-toxic alternatives, but also are not able to provide the lice control that manufacturers claim. 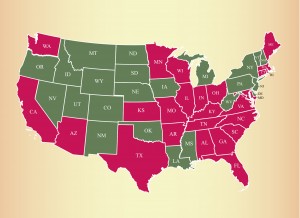 “We are the first group to collect lice samples from a large number of populations across the U.S.,” said Dr. Yoon. “What we found was that 104 out of the 109 lice populations we tested had high levels of gene mutations, which have been linked to resistance to pyrethroids.” That translates to ninety-five percent of all lice populations with high resistance to common chemical treatments. The other five percent may have resistance as well, but not in all three areas of mutation.

The reduced efficacy of head lice treatments has been questioned and studied since the 1990s, however, in this study, Dr. Yoon and his team of researchers studied the issue nationwide. To determine resistance, Dr. Yoon’s team tested lice for a trio of genetic mutations known collectively as kdr, or “knock-down resistance.” Kdr mutations had initially been found in house flies in the late ’70s after farmers and others began using pyrethroids as an alternative to organochlorines like DDT and organophosphates like Dursban (chlorpyrifos).

While the researchers identify other chemical alternatives, such as prescription treatments of malathion, spinosad, and lindane, they are urging caution. “If you use a chemical over and over, these little creatures will eventually develop resistance,” Dr. Yoon says. “So we have to think before we use a treatment. The good news is head lice don’t carry disease. They’re more a nuisance than anything else.”

In addition to concerns about resistance, when it comes to children, exposure to permethrin and other common lice treatments has proven to be dangerous. Malathion, an organophosphate insecticide, is a nerve poison that acts by inhibiting enzymes, causing long-lasting polyneuropathy and sensory nerve damage. It has recently been recognized as a toxic hazard to school children in California, leading to stronger restrictions on its use in the state. Lindane, on the other hand, was discovered by the World Health Organization’s (WHO) International Agency for Research on Cancer (IARC) to be a Group 1 “carcinogenic to humans” earlier this year, the highest cancer category. Most alarming is that despite these known hazards, and the fact that there are viable least-toxic alternatives that do not build resistance or put children in danger, the U.S. Food and Drug Administration (FDA) allows the use of these lice treatments, including lindane products on children over the age of two.

A 2009 study, Pesticide exposure resulting from treatment of lice infestations in school-aged children in Georgia, found that children treated with common chemical lice shampoos containing permethrin and lindane showed levels of the chemical’s metabolites up to seven days after the first treatment. This is especially concerning given that environmentally relevant levels of pyrethroids are also common in many homes, where they are used as a household insecticide. Young children who play on the floor can come into chronic contact with these chemicals through skin or hand to mouth activities. A 2013 study, Urinary metabolites of organophosphates and pyrethroid pesticides and behavioral problems in Canadian children, found that high levels of pyrethroid metabolites correlated with a two-fold increase in parent-reported behavioral problems, including inattention and hyperactivity. These chemicals can also damage children before they are born. A 2013 study, In utero pesticide exposure and leukemia in Brazilian children less than 2 years of age,” found that a mother’s exposure to permethrin at any time raises the cancer risk for infants.

The constant cycle of insecticide use has created the “super” lice we are seeing across the country, creatures that can easily be prevented by avoiding chemical options. Fortunately, there are a number of alternative lice treatment methods that do not include the use of toxic chemicals. According to researchers on alternative lice treatments, one method for eliminating head lice that will not lead to resistant strains of lice is the use of hot air, which desiccates the insects and eggs, killing them. In fact, recent research shows that the extra chemicals in lice shampoo are completely unnecessary. Researchers in Belgium, who studied nit removal on 605 hairs from six different children, found that ordinary conditioners are just as effective at removing lice. “There were no significant differences in measured forces between the ordinary conditioner and the commercial nit removal product,” authors of the 2014 study published in the Journal of Medical Entomology wrote. The researchers found that commercial nit removal products tested in that study did not seem to have any additional effect.

For additional information on controlling head lice without toxic chemicals, see Beyond Pesticides’ Head Lice Factsheet or Getting Nit Picky About Head Lice. See also our comprehensive page on head lice in our ManageSafe database.