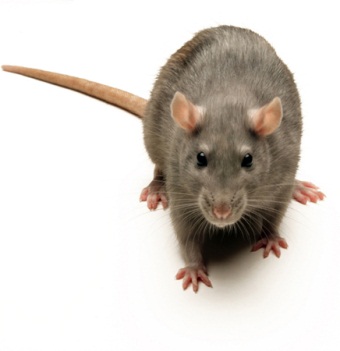 er Inc.  requested a hearing in response to the U.S. Environmental Protection Agency’s (EPA) Notice of Intent to Cancel 12 of the company’s d-CON mouse and rat poison products, delaying the ban that otherwise would have taken effect on March 7, 2013. This is the first time in more than 20 years that a company has declined to voluntarily implement EPA risk mitigation measures for pesticide products to ensure children are not exposed to what EPA identifies as an unacceptable risk. Reckitt Benckiser’s products would still be available to unknowing consumers until the case is resolved.

In submitting its request for a hearing by an Administrative Law Judge, Reckitt Benckiser is preparing to waylay federal law by engaging in a legal battle with EPA that could drag on for many years. This comes after EPA announced its decision to go ahead and cancel rodenticide products not in compliance with EPA’s new mitigation measures to reduce exposures to children and wildlife. Unfortunately, until the case is resolved, Reckitt Benckiser will be allowed to continue selling 12 of its d-CON rat poisons, despite the products not being in compliance with EPA standards and putting children, pets and wildlife at risk.

EPA is confident it will prevail in the hearing but now has the added burden of defending to a judge its decision that continued exposures of d-CON products to children, pets and wildlife pose unreasonable risks. According to EPA, of the nearly 30 companies that produce or market mouse and rat poison products in the U.S., Reckitt Benckiser is the only one that has refused to adopt the new safety measures. The company will argue to continue selling its d-CON poisons as loose pellets and pastes, and other toxic formulations. The agency is advising consumers to be aware that d-CON products subject to the ban may be available for sale by some retailers during the course of the hearing. For a list of the d-CON products the EPA is working to ban, visit: http://www.epa.gov/pesticides/mice-and-rats/cancellation-process.html#cancellation.

Every year, more than 10,000 children are exposed to rodent poison products, and the majority of calls to poison control centers concern children under the age of three. After more than a decade of research and review, and an unacceptably high number of poisoning incidents, EPA acknowledged that certain active ingredients are too dangerous to remain on the market, and has required all over-the-counter rodent control products to be in secured, tamper-resistant bait stations to reduce the incidents of accidental poisonings. In 2007, EPA proposed a requirement that all over-the-counter rodenticides sold for residential use only be available in tamper-resistant bait stations to reduce the incidents of accidental exposure to children. In 2008, EPA issued its risk mitigation decision under the Federal Insecticide, Fungicide and Rodenticide Act (FIFRA) to reduce the risks that mouse and rodent poison products pose to children, pets, and non-target wildlife, requiring manufacturers that distributed rodenticides to meet the risk management goals. Rodenticide products containing brodifacoum, bromadiolone, difethialone, and difenacoum, which are known to pose the greatest risk to wildlife, will no longer be allowed to be sold or distributed in the consumer market. These rodenticides are tied to the poisonings of federally listed threatened and endangered species, such as the San Joaquin kit fox and Northern spotted owl, and the Bald eagle, via secondary exposures to poisoned rodents. However, use by professional applicators will be permitted, and bait stations will be required for all outdoor, above-ground uses for products containing these ingredients.  Those rodenticide manufacturers that initially failed (refused) to adopt the standards were given the order to remove and cancel their products.

The American Bird Conservancy (ABC) is calling on Reckitt Benckiser to drop its legal challenge rather than engage EPA in a “lengthy and fruitless appeals process.” In its press release, ABC stated, “It is time for d-CON to put children’s health and animal welfare above corporate profits and to follow the rules like every other rat-poison manufacturer.”

Despite the availability of alternatives, many in industry argued that removing certain products from the market would lead to communities being overrun with rodents and infested with disease. While these claims are exaggerated, less toxic rodent control products and those secured in bait stations are available, shown to be effective, and more protective of children, pets and wildlife. Safer methods do exist to control rodents. For tips on controlling mice and other pests in your home, visit the Safer Choice.

Beyond Pesticides strongly encourages consumers not to use poisons as a means to control mice and rats, and especially not to use the products slated by EPA for cancellation. We believe that defined integrated pest management (IPM) practices for structural pest management are vital tools that aid in the rediscovery of non-toxic methods to control rodents and help facilitate the transition to a pesticide-free (and healthier) world. IPM, as defined by Beyond Pesticides, is a program of prevention, monitoring, and control that offers the opportunity to eliminate the use of toxic pesticides, and to minimize exposure to any products that are used. A well-defined IPM plan does this by utilizing a variety of methods and techniques, including cultural, biological and structural strategies to control a multitude of pest problems. Sanitation, structural repairs, mechanical and biological control, and pest population monitoring are some IPM methods that can be undertaken to control rodents.