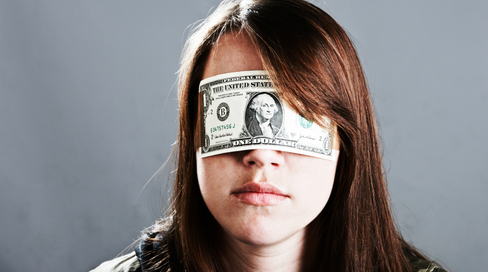 “More than 90 percent of Americans support labeling of GE foods,” said Scott Faber, EWG’s senior vice-president of government affairs. “It’s clear the public wants to know what’s in their food, but if Rep. Pompeo has his way, no one will have that right.”

“Consumers, particularly the eight out of ten American families who buy organic products, want to know what is in their food.  Congressman Pompeo’s bill ignores this consumer demand for information.  Instead, it ties the hands of state governments, the USDA, and the Food and Drug Administration concerning GMO labeling.  It is fatally flawed,” said Marni Karlin, Director of Legislative and Legal Affairs for the Organic Trade Association.

“Congressman Pompeo is signing away the rights of all Americans to know what they are buying and feeding their families. This bill is an attack on states’ ability to assure their citizens are informed,” said Colin O’Neil, director of government affairs for Center for Food Safety.

Pompeo’s bill – christened the “Deny Americans the Right-to-Know” or DARK act by critics – would prevent states from adopting GE labeling laws that have gained widespread support over the last two years. The proposal would also prevent states from making it illegal for food companies to label products that contain GE ingredients as “natural,” as Connecticut has already done

Connecticut, along with Maine, also passed a law requiring GE labeling. More than 30 other states are taking up legislation to require GE labeling in 2014.

Pompeo’s measure would also limit the authority of the federal Food and Drug Administration to compel companies to disclose GE ingredients. The bill is identical to a legislative proposal floated earlier this year by the food industry’s main trade and lobbying arm, the Grocery Manufacturers Association.

“If the DARK Act becomes law, a veil of secrecy will cloak ingredients, leaving consumers with no way to know what’s in their food,” said Faber. “Consumers in 64 countries, including Saudi, Arabia, and China, have the right to know if their food contains GMOs. Why shouldn’t Americans have the same right?”

Industry groups that stand to gain the most if the DARK Act becomes law have been some of Pompeo’s biggest campaign contributors. Since 1989, agribusiness has given him nearly $170,000, and the food and beverage industry more than $81,000, according to the non-partisan Center for Responsive Politics.

The top individual contributor to Pompeo’s campaign coffers has been Koch Industries Inc., at $238,900. The private company is run by billionaire brothers Charles and David H. Koch, who are known for their extensive support of conservative causes.

In a 2011 legal petition, Center for Food Safety provided FDA with a blueprint for a federal labeling of genetically engineered foods.  FDA has yet to formally respond to that petition, though the agency has received more than 1.4 million comments supporting the petition and mandatory labeling. Just two weeks ago, over 200 companies and organizations sent a letter to President Obama asking him to fulfill his 2007 campaign promise to label foods made with genetically engineered ingredients.