ANN ARBOR, Mich.–(ENEWSPF)–March 14, 2013. Millions of Americans take aspirin or other drugs every day to reduce their risk of heart attacks or other problems caused by blood clots. 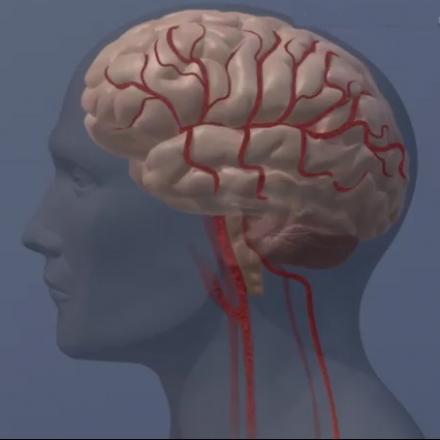 But when one of them suffers a stroke caused by a clot in their brain, some emergency teams might hesitate to give a powerful clot-busting medication called tPA — for fear that the combination of drugs might cause dangerous brain bleeding.

Now, a University of Michigan Stroke Program study suggests this fear may be unfounded, at least for most patients taking common clot-preventing therapies.

The study is based on data from 830 stroke patients who received tPA at any of the 28 Michigan hospitals that took part in two U-M-led studies. Just under half of them were on aspirin or clopidogrel (sold as Plavix) before they had their strokes.

After adjusting for patients’ other characteristics, the researchers found no significant difference in the rate of brain bleeding seen on the patients’ brain scans — even low-level bleeding that didn’t cause symptoms.

The results, published in the current issue of Academic Emergency Medicine, should help reassure emergency teams and patients alike that a powerful stroke treatment is safe to use even in patients who have been taking aspirin or clopidogrel.

The study did not include any patients taking more potent blood thinners, such as warfarin, heparin, dabigatran (Pradaxa) or rivaroxaban (Xarelto). The authors caution that the potential use of tPA in patients taking these drugs needs much more study.

“In light of the long-term benefit that patients receive from antiplatelet therapy, the small increase in risk of intracranial hemorrhage after tPA treatment should not be a game-changer for emergency physicians,” says lead author William Meurer, M.D., M.S., an assistant professor of emergency medicine at the U-M Medical School. “This study from a broad range of hospitals provides solid evidence based on real-world use of tPA that physicians should not alter their decision making based on aspirin or clopidogrel use when treating stroke patients with tPA.”

The data for the new analysis came from the Safety of Intravenous Thrombolysis in Four Emergency Departments (SIT-ED) project and the Increasing Stroke Treatment through Interventional Behavior Change Tactics (INSTINCT) trial, both led by U-M’s Phillip A. Scott, M.D., also in the Department of Emergency Medicine. Funding came from grant R01-NS-050372 from the National Institutes of Health.

Meurer and Scott are members of U-M’s Institute for Healthcare Policy and Innovation.