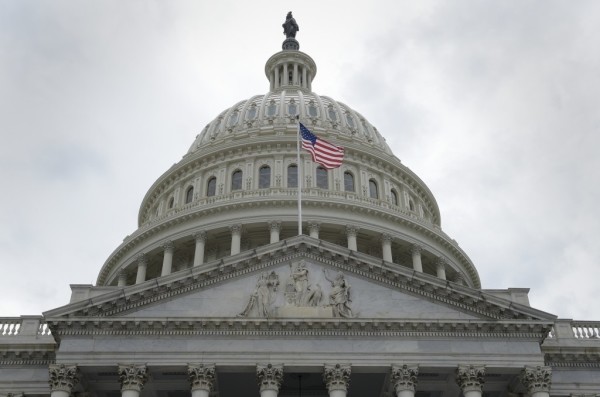 A flag flies in front of the Capitol dome on Capitol Hill in Washington, May 2017. AP/Susan Walsh

Washington, D.C. —(ENEWSPF)–May 25, 2017.  Showing the devastating impact of Trumpcare nationwide, a new report from the Center for American Progress estimates how many Americans would lose coverage by state and congressional district based on yesterday’s Congressional Budget Office (CBO) projections. Using the CBO analysis, CAP estimates that, by 2026, about 53,000 fewer people on average will have coverage in each congressional district.

“The CBO’s score delivers the message the bill’s architects tried to bury: the AHCA would harm Americans by rolling back health insurance coverage while raising costs and reducing benefits. It is a damning indictment of congressional Republicans’ and President Trump’s reassurances that the bill guarantees protection for people with pre-existing conditions,” said Emily Gee, health economist at CAP.

The AHCA would allow states to waive two critical consumer protections: the ban on health-based premiums for people with for pre-existing conditions and the requirement that insurers include basic benefits such as maternity care and hospital care. The CBO projected that in states that waived both of these measures, consumers with pre-existing conditions would face substantially higher premiums for individual market coverage, if they could even purchase it at all.