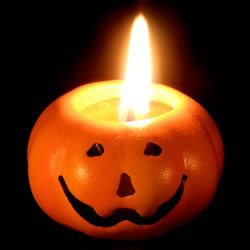 Park Forest, IL—(ENEWSPF)— Goblins, ghouls, movie stars, superheroes, and others seeking candy and prizes are advised to attend the Park Forest Police Department’s 21st Annual Safe Trick or Treat and Costume Party in the Downtown area beginning at 3:00 p.m. The Village Board passed a resolution at the October 22 regular meeting establishing "Trick-or-Treating" hours as 2:00 p.m. to 7:00 p.m. on Wednesday, October 31. Representatives from social groups, businesses, and neighborhood organization will be on hand to distribute candy. Some of these groups also donated prizes for the costume contest that follows.

The line-up for Halloween festivities is as follows:

Cook County Sheriff Thomas Dart issued safety tips for Halloween. According to Dart office, "About four times as many children are hit and killed by cars on Halloween than any other night of the year. Children are also at risk for burns and falls in bulky, unsafe costumes. These injuries are easily preventable if parents follow these tips for a safe Halloween:

This will in all likelihood be the last costume judging party in the old Marshall Field’s building. At the same meeting, the Village Board paved the way for the final demise of the structure by approving a motion to authorize the Village Manager to enter into an agreement with Baxter & Woodman for engineering services for the demolition of Marshall Fields. The agreement stipulates these services will not exceed $53,600. Total cost of leveling the Fields building is projected at $1.5 million. The project should be completed by the end of June or July 2008, according to Village officials.