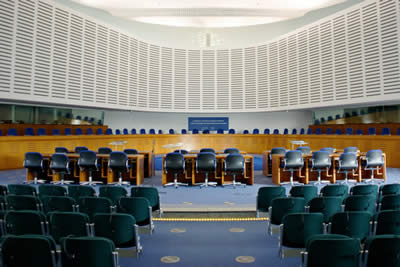 NEW YORK–(ENEWSPF)–February 19, 2013. A European Court of Human Rights ruling that Austria discriminated against a woman by refusing to consider her request to adopt her female partner’s biological child, must be followed by legal reform Amnesty International said.

“This welcome decision must prompt the Austrian government to shake up its thinking and its laws,” said John Dalhuisen, Amnesty International’s Director for Europe and Central Asia.

The Court ruled today that the couple in X and others v Austria had been discriminated against because of their sexual orientation, as heterosexual couples were not subjected to the same restrictions in Austria.

The case centred around Austrian laws that have led courts to specifically exclude requests from people wanting to adopt their same-sex partner’s child, whereas, for example, a man not married to his female partner can adopt her biological children.

The Austrian government argued before the Court that its laws were designed to uphold a traditional model of the family.

But in its majority ruling, the Court said “there is not just one way or one choice when it comes to leading one’s family or private life”, and noted that the Austrian government had failed to provide any evidence or even argument to show that an LGBTI couple could not adequately provide for a child’s needs.

Ten other Council of Europe member states allow for second-parent adoption for unmarried couples. Six of them allow it for same sex as well as different sex couples (Belgium, Iceland, the Netherlands, Slovenia, Spain, the United Kingdom) and four allow it only for unmarried heterosexual couples (Portugal, Romania, Russia, Ukraine).

“Everyone has the right to marry and found a family. Some European governments need to wake up to the fact that lesbians, gays, bisexuals, transgender and intersex people should not be prevented from marrying and adopting, and that the march of law in Europe is inevitably on the side of social progress,” said John Dalhuisen.