Collection Practices, IRS Liens and Levies: Are They Overdoing It? 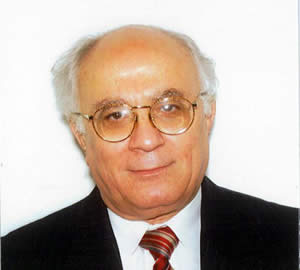 eNews Park Forest is pleased to welcome Dean Alexander as a regular columnist.

This time we want to discuss the Taxpayer Advocate Report to Congress regarding IRS Collection Practices. The Advocate, a congress watchdog, expressed concern about the IRS collection procedures and how it inflicts “unnecessary or disproportionate harm” on taxpayers. Not only does the practice hurt the taxpayer but it affects negatively the money that the IRS collects for back taxes. IRS believes that the more aggressive they are with collection actions against taxpayers, such as liens and levies, the more money they collect for back taxes or tax debt.

The reality, however, points to the opposite results. The Taxpayer Advocate believes that the “data don’t bear that out.” The increased tax collection mobilization brought opposite results. The report to congress states that since 1999 the IRS increased tax lien filings almost five times (475%) and increased tax levies, either bank levies or wage garnishment, by 600% (six times.) With this massive attack, one would expect that the IRS is now doing a great collection job. The numbers point that collection dollars (adjusted for inflation) went down by 7% over that period.

So, we previously said that Tax liens, Bank levies, Wage garnishments or other levies did not help the IRS if not actually hurt them as the Advocate suggested. It also inflicts considerable damage on the taxpayers who have IRS debts or back taxes. Those who know say that when the lien is filed you immediately lose 100 points on your credit score. If you were on an ascending mode and you built your credit score to 700 now they put you back at 600 and if you are at 600 and on your way to gaining access to the financial system and possibly the American dream, they put you back at 500.

Employers, credit card companies, renters, mortgage companies and even insurance companies check your credit. They practically shut you off from any decent opportunities. The question is for what? What is the IRS is gaining by this? In many instances, they are gaining nothing. It is sadly funny. When I hold a conference with an officer of the IRS to negotiate an installment agreement, and after we successfully accomplish the agreement, the officer gives me the usual recital, “Now that we have put them on an installment agreement, we will file a lien against them.”

When this first happened I was shocked and I reasoned, “Before the agreement my client had no lien, now we do the agreement and we get hit by a lien?” I felt something was wrong. But soon I got trained by the system and when I do an installment agreement, I respond with all dignity and pride in my knowledge, “Yes sir, but of course, sir.” Thus we have learned to expect anomalies of the system and worse yet to accept them.

We practitioners fail to voice our opinion as vigorously as we should. People must not tire of voicing a complaint as long as injustice and arrogance persist. The hope is that congress, based on the noise generated by peoples’ unrelenting complaints, will continue to put the IRS under its radar. The Advocate reported that although the IRS has been advised of the consequences of their actions, they are underutilizing available measures such as Offers in Compromise, which is one of the best ways to settle back taxes. As the Taxpayer Advocate puts it, the acceptance of Offers in Compromise is at an all time low. The IRS has filed one million liens against taxpayers. To put it in perspective, there are countries in this world whose population is one million people. So in this case such a country would be one under siege by a taxing authority. Remarkable? Perhaps next time we can propose some solutions along with the ones proposed by the Taxpayer Advocate.

Dean Alexander has 30 years experience as a CPA and tax consultant and is currently on two radio programs.  He is the managing director of National Financial Advisors (NFA Tax Help), a national firm headquartered in Houston. Mr. Alexander is also a Chartered Financial Consultant and Chartered Life Underwriter, and consults exclusively on tax matters, particularly tax audits and tax collections at both the federal and the state levels.

Previous articleIn and Around Park Forest Week of February 14, 2011
Next articlePress Conference by President Obama , February 15, 2011