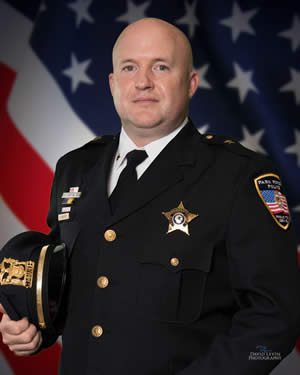 "We would like to introduce to you the Park Forest Police Department’s newest Deputy Chief, Paul Winfrey.

"Deputy Chief Winfrey earned his Bachelors Degree in Criminal Justice from Governors State University and is currently completing his Masters Degree in Public Administration. He also attended West Point Military Academy and is a graduate of the Northwestern University School of Staff and Command.

"Deputy Chief Winfrey was the 2005 Park Forest Police Department Officer of the Year and holds numerous other departmental awards. He will be in command of the Administrative Services Division. Congratulations Deputy Chief Winfrey!"