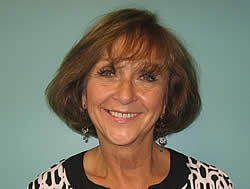 Alsip, IL–(ENEWSPF)– Sertoma Centre, Inc. is proud to announce that Melanie Jones, Director of Advancement and Communications was recently named President of the Year at the 2010 Rotary District #6450 Conference held in Lincolnshire, Illinois. Rotary District #6450 consists of sixty six clubs from Chicago and surrounding communities. When Melanie became the president of the Orland Park Rotary Club for 2009-2010, she looked forward to her time in a leadership role and all the great things her club would accomplish over the year. Now with her time of service drawing to a close, being recognized for her guidance and commitment is an amazing honor.

As Director of Advancement and Communications at Sertoma Centre in Alsip, Ms. Jones’ main objectives are to create awareness and raise money for Sertoma Centre’s programs, which benefit over 650 individuals with developmental, physical, emotional disabilities and/or mental illness. Her goals as Orland Park Rotary Club President are very similar.

Jones speaks very highly of her fellow club members. “I am proud that numerous members of the Orland Park Rotary also support Sertoma Centre by being Silent Partners, volunteering when we pack up merchandise from the Housewares Show at McCormick Place, and helping at the BIG Event both as committee members and attendees,” she explained. “They recognize the great work done here at Sertoma Centre and help us in a number of meaningful ways.”

Sertoma Centre, Inc. is a nationally-accredited, not-for-profit agency that provides services to over 650 individuals with disabilities. For more information, to schedule a tour, volunteer or to make a donation, please contact Melanie Jones, Director of Advancement and Communications, Sertoma Centre, 4343 West 123rd Street, Alsip, IL 60803. (708) 730-6206, www.sertomacentre.org.