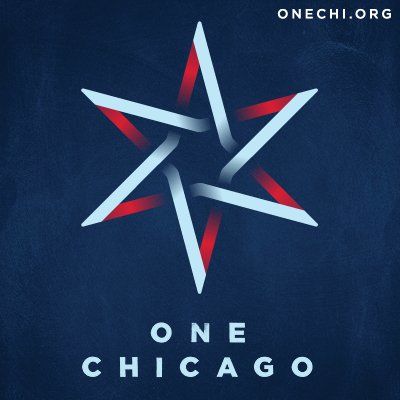 CHICAGO–(ENEWSPF)–May 22, 2017. Mayor Rahm Emanuel today brought together elected officials, including U.S. Congressmen Luis Gutierrez and Danny Davis, faith-based leaders, students, community organizers and residents from across the City to launch the new One Chicago campaign. The campaign is the visual depiction of Chicago’s value promise that everyone is welcome in this City no matter their race, religion, background or sexual orientation.

“Chicago is a city of immigrants. Each story is unique, but out of many stories comes one story,” said Mayor Emanuel during the launch at The DuSable Museum of African American History. “Our diversity is our strength. Our diversity is what makes us great. And no matter the road you traveled to get here, Chicago will always be a welcoming city to all.

Central to the campaign is a new website, www.onechi.org. The website works to facilitate access to resources like legal protection, Know Your Rights Training, mental health services and more. The website also features real Chicagoans sharing their personal stories on how they came to call this city home all united under the message: Three million residents, three millions stories, three million reasons to stand together.

Through these personal stories and visual imagery, the One Chicago campaign aims to take the negative rhetoric out of the current immigration story and remind Chicagoans that the immigrant story is everyone’s story.

“Since its founding in 1837, families from around the country and throughout the world have made Chicago their home. The One Chicago campaign works to celebrate those different journeys while uniting their voices as one people, one home, and one City,” said Congressman Gutierrez

In addition to the website, the stories will be featured in television and radio public service announcements, as well as featured in print on various bus shelters, news racks and digital billboards across Chicago. The campaign’s One Chicago star log will also be posted in libraries, store fronts and other locations throughout the City.

Coming out of the Chicago Is With You task force, the One Chicago campaign is the latest in a series of actions the Emanuel Administration has taken to remind all residents that they are welcome in the City of Chicago.

“These past few months have shown that now, more than ever, we must come together as one city and one community to combat hate, discrimination and fear. The Chicago is With You Task Force has been, and will continue to be, the light for those who live among the shadows,” said Chicago City Clerk and co-chairman of the Task Force Anna Valencia.

In December 2016, Mayor Emanuel, Senator Durbin and Congressman Luis Gutierrez established the Chicago is With You task force. The Task Force is committed to working to improve the day-to-day experiences of all Chicagoans, including its city’s 560,000 foreign-born residents, through the coordinated delivery of resources on mental health, legal services, employer communications and education.

Since taking office, Mayor Emanuel has launched a series of initiatives that improve the immigrant community’s access to services, expand new and existing immigrant businesses, and welcome and celebrate Chicago’s diverse immigrant communities. These initiatives include launching the Cities for Citizenship Campaign with the Mayors of New York City and Los Angeles, which has grown into a bipartisan effort which works with 30 City and county leaders across America.