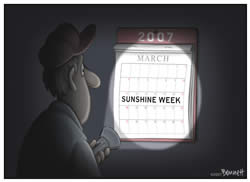 Park Forest, IL–(ENEWSPF)– eNews Park Forest joins the National Newspaper Association in celebrating Sunshine Week 2007, March 11-17.  Tonda Rush, NNA public policy director, encourages support of Sunshine Week, "Keeping government open and accountable is the highest calling of a newspaper, and Sunshine Week provides an opportunity to refresh the mission."  NNA President Jerry Tidwell, publisher of the Hood County News in Granbury, TX, adds, "The Sunshine Week commentary doesn't have to be all negative.  Our local communities and officials are full of good intentions in most cases, and a great many public servants do their utmost to bring their operations into the daylight where citizens can participate and appreciate the machinery of government."

Sunshine Week is a national initiative to open a dialogue about the importance of open government and freedom of information. Participants include print, broadcast and online news media, civic groups, libraries, non-profits, schools and others interested in the public's right to know, according to the Sunshine Week website.  Sunshine Week is led by the American Society of Newspaper Editors and is funded by a grant from the John S. and James L. Knight Foundation of Miami.

Though spearheaded by journalists, Sunshine Week is about the public's right to know what its government is doing, and why. Sunshine Week seeks to enlighten and empower people to play an active role in their government at all levels, and to give them access to information that makes their lives better and their communities stronger.

Sunshine Week is a non-partisan initiative whose supporters are conservative, liberal and everything in between.

eNews Park Forest will feature one highlight per day to celebrate Sunshine Week 2007.   Today's feature asks, "Is the government secretive?" 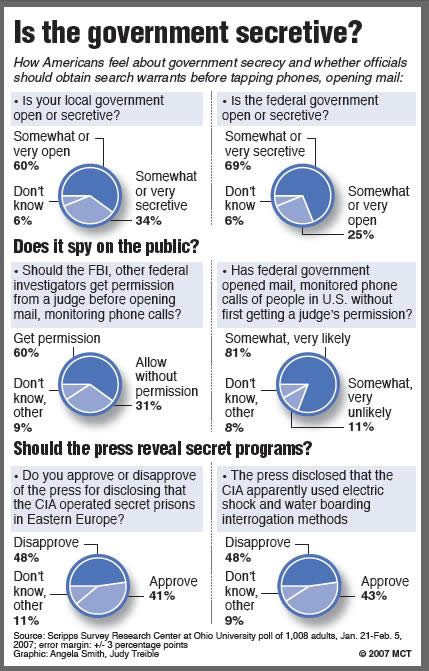