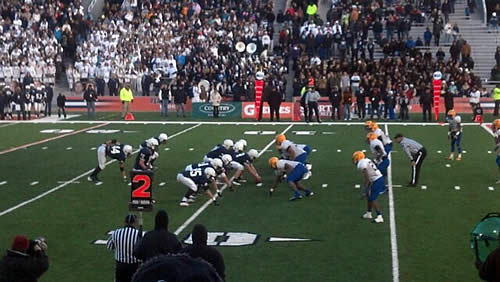 Champaign, IL-(ENEWSPF)- The Crete-Monee Warriors toppled the Cary-Grove Trojans Saturday 33-26 to become the 2012 6A State Champions.

From the Chicago Tribune:

Marcus Terrell threw three touchdown passes to help Crete-Monee to its first state football title with a 33-26 win against Cary-Grove in the IHSA Class 6A state championship on Saturday.

More from the Trib 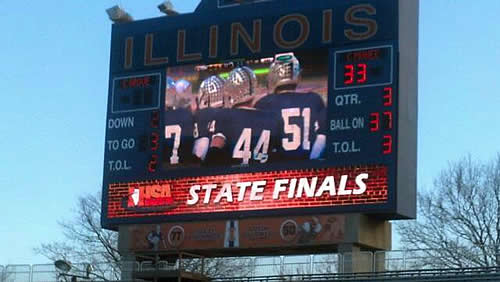 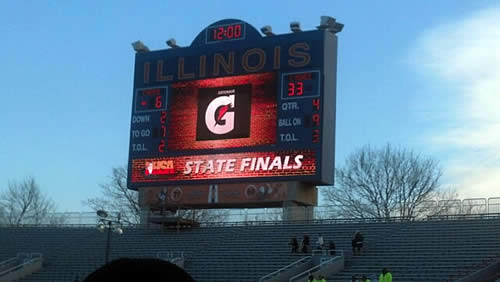 Scoreboards at the beginning of the 3rd and 4th quarters respectively. (Photos: Tom Mick)