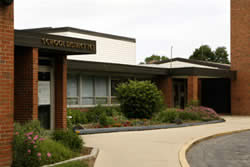 “We are proud that our schools are among those schools that are able to claim that they have received this designation multiple times,” said Superintendent Joyce Carmine. “Our staff and our students are focused on consistent academic achievement, and the Spotlight School designation recognizes that they have been successful.”

The criteria for the 2009 Spotlight award are: