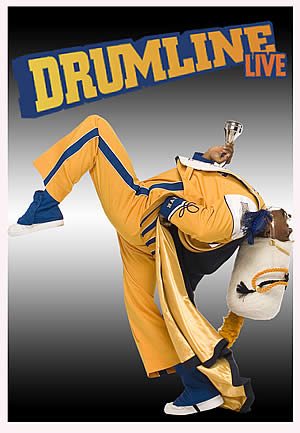 University Park, IL-(ENEWSPF)- With scintillating beats and ear-grabbing might, “DRUMLine Live” brings the thrilling musical tradition of Historically Black Colleges and Universities (HBCU) to Governors State University Center for Performing Arts for one show only, on Friday, February 15, at 7 p.m.

Now in their fourth year of touring, “DRUMLine Live’s” versatile musicians and dancers continue to electrify audiences across the country with an exciting mix of vibrant sounds and athleticism. Equally at home with the hottest contemporary hip hop, R&B , classic Motown tunes, and the rousing sounds of the great brass tradition, “DRUMLine Live” shares the American Marching Band tradition with an expanding collection of admirers of all ages.

“‘DRUMLine Live’ has made its way across the country, showing the thrill, the musical genius and the true flavor of the ever-exciting HBCU half-time show,” wrote the Star-Ledger in Newark, New Jersey. “This is doing battle, band-style. Be prepared,” said the Capital Times in Madison, Wisconsin.

“DRUMLine Live” is the brainchild of Atlanta native Don P. Roberts, a former Florida A&M University drum major who began his musical journey as a trumpeter. An educator who has served as the instrumental music coordinator of the DeKalb County School System since 1996, Roberts was recruited for the 2002 film “Drumline,” a critically-acclaimed and commercially successful look at the HBCU musical experience. Roberts is “DRUMLine Live’s” creator, director, and musical director.

Exhilarating staged numbers in “DRUMLine Live” have names like “Drum Major/Shout It Out,” “Street Beat,” “Gospel,” “Halftime,” and “Funky Footwork.” The show includes a tribute to Michael Jackson and a one-on-one drum battle between astonishing percussionists. When DRUMLine Live’s drummers, horn players, and dancers take the stage, you’ll think you’re on the 50-yard-line in a roaring stadium on a fall afternoon.

Tickets for “DRUMLine Live” are $15 to $58. To purchase tickets, or for further information, contact the GSU Center box office at www.centertickets.net or (708) 235-2222. The box office is open Monday through Saturday from 10 a.m. to 4 p.m. and two hours prior to performances.