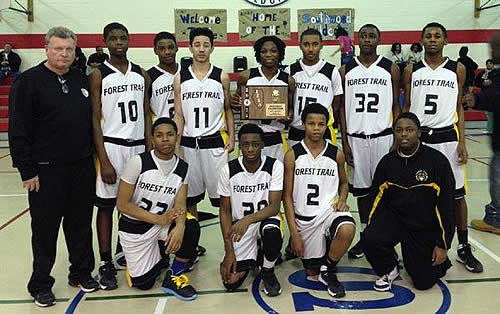 The Forest Trail Wolverines started the season strong with a record of 24-1 coming into the three round tournament. The first round against Pekin Broadmoor ended with Forest Trail winning by a score of 54-28. In the semifinals, the Wolverines outscored Matteson’s Collin Powell Middle School 59-52 to move on to the championship game where they defeated Danville North Ridge 54-49.

Over 400 schools participated in the IESA tournament in central Illinois.

Forest Trail Middle School held a celebration at the school to welcome home its champs.