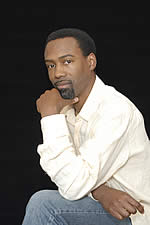 University Park, IL–(ENEWSPF)– Doug Glanville, former outfielder for the Chicago Cubs and the Philadelphia Phillies, will play a double header at Governors State University on February 5 and 6.

GSU will host a “Conversation with Doug Glanville,” on Friday, February 5, at 3:30 p.m., in Engbretson Hall. Glanville will speak about his commitment to his education and about earning his bachelor’s degree before beginning his Major League Baseball career. He will also discuss the high and low points of his professional athletic career and reflect on the current state of pro baseball.

On Saturday, February 6, Glanville will be the honorary degree recipient at Governors State University’s 2010 Winter Commencement. Commencement will be held at 11 a.m., at the Tinley Park Holiday Inn Select and Convention Center. More than  625 graduates will participate in GSU’s Winter Commencement.

Glanville currently writes “Heading Home,” an op-ed column for the New York Times, and is the author of the soon-to-be released book based on his column, “The Game from Where I Stand.” He is also a contributor to XM Radio’s “MLB Home Plate – Power Alley” and Comcast SportsNet Chicago and founder of  GK Alliance, LLC, a green-friendly real estate development company in the western suburbs.