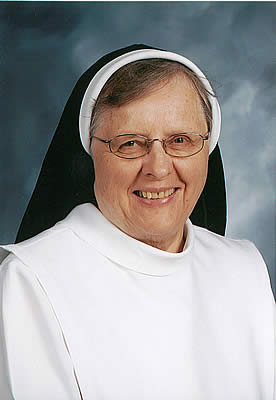 Alumnus of the Year, Vince Krydynski, III ’81, has taken on many important roles in the school community since his graduation in 1981, including that of alumni parent of Hannah ’10. Krydynski served on the Marian Catholic Advisory Board and continued his commitment when it transitioned to a Board of Directors. Through the years, he has been actively involved with the Marian Catholic Alumni Association serving as an executive officer, and has worked prominently on several committees that helped shape Marian Catholic for the future. Krydynski is an attorney with Krydynski & Frigo, serves as a Field Advocate for the Marriage Tribunal of the Archdiocese of Chicago and is a past board member of St. Michael Catholic School.

John Finnin ’78, Athlete of the Year, was a three sport athlete at Marian Catholic. His golf talent eventually led to four years on the golf team at the University of Miami-Florida where he perfected his craft. 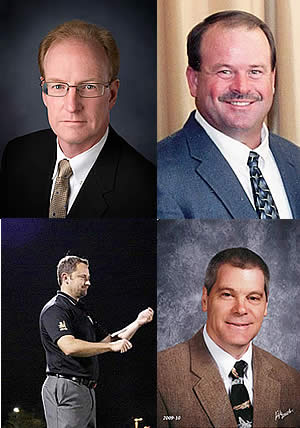 Today, he is one of the finest golfers Illinois has produced. In 2012, Finnin was co-medalist at the Riverside Golf Club sectional, earning him a spot in the U.S. Senior Open. The winner of 25 tournaments, Finnin played in two U.S. Amateurs, three U.S. Mid-Amateurs, three U.S. Amateur Public Links and two USGA Men’s Team State Championships representing Illinois. Finnin took home the Azalea Amateur in 1983 and competed in 13 Radix Cup teams.

Finnin has also excelled as a successful business owner of Absolute Best Cleaning Services and as alumni parent to daughter Valerie ’10.

Fine Arts Distinguished Achievement Award recipient Bobby Lambert has influenced the Fine Arts Department as the Assistant Band Director of the award winning Marian Catholic Band since 2001. In addition to his work with the band, he has taken on the role of director of the copyrighted Marian Catholic Leadership Program which has taught thousands of students the core values of leadership.

A graduate of Western Carolina University with a master’s degree in saxophone performance from the University of Massachusetts, Lambert also is head instructor for the WCU Summer Symposium Drum Major Camp and a sought after guest speaker and consultant for other high schools and universities.

Spirit of Marian Awardee Deacon Edward Szymanski ’78 donates his time and talent to Marian Catholic, ensuring that today’s students will receive the important faith development and learning experience that he came to know while at Marian. A deacon at his parish, Church of St. Mary in Park Forest, Szymanski takes time out of his work as owner/engineer at Do-Rite Die and Engineering in South Chicago Heights, to volunteer for service mission trips to Appalachia and has been a fixture in Snowball retreats at the school. 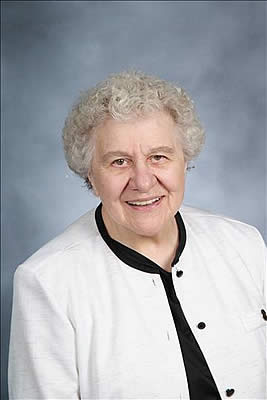 For the past nine years, Sister Marion Sitkiewitz, O.P., also Spirit of Marian Awardee, is at home in every department and office at Marian Catholic. While stuffing envelopes, folding programs, preparing a mailing, or cheering on the award winning Marian Catholic Speech Team as their “official sister,” Sister Marion has molded her vocation into one with extended creativity and has had a tremendous impact on hundreds of students, families, and co-workers.

St. Agnes Ann Pisel, O.P., Lifetime Achievement Awardee, has had the good fortune to enjoy two successful tenures on the Marian Catholic faculty for a total of 32 years. As Theology Department Chair for 18 years, Sister Agnes Ann took on numerous roles from 1973 to 1979 and then again during her current tenure that began in 1986. Sister Agnes Ann’s first tenure included service as theology teacher, freshman class moderator, member of the Faculty Council and education committee for the Courage to Lead Campaign, and moderator of the Sodality, the pioneer version of Marian Catholic’s Service Club.  Her many roles have included, Kairos Retreat leader, sacristan in the Convent, and participant on several school committees.

Established in 1994 to honor those graduates and friends of Marian Catholic High School who have embodied and upheld the school’s motto “teaching scholars with a soul," the Hall of Fame has inducted 89 distinguished Marian Catholic alumni and friends.

For reservations to the Marian Catholic Hall of Fame on February 7, please call the Advancement Office (708) 755-6579.