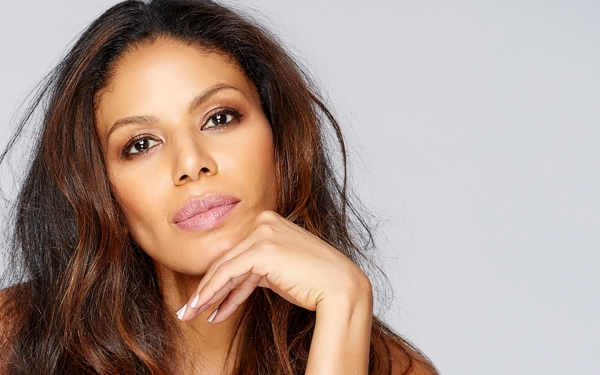 Merle Dandridge, star of Oprah Winfrey Network’s Greenleaf and recent star in the Broadway revival of Once on This Island, will receive a Chicago College of Performing Arts Distinguished Artist Award from Roosevelt University.

A 1998 graduate of Roosevelt’s theatre program, Dandridge will receive the award during a milestone gala anniversary celebration and VIVID student showcase performance at 7:30 p.m. March 14 at the Auditorium Theatre, 50 E. Congress Parkway, Chicago.

“We are proud to recognize Merle Dandridge for her many accomplishments in theater, including on Broadway and television,” said Henry Fogel, dean of Chicago College of Performing Arts (CCPA). “Merle has blazed a trail of achievement as an actress, singer and dancer. She is a superb role model for our students and a Roosevelt alumna well worth celebrating.”

Born in Japan, raised in Nebraska and educated in Chicago at Roosevelt University, Dandridge began her acting career with leading roles on Broadway in Spamalot (Lady of the Lake), Rent (Joanne), Aida (Aida), Tarzan (Kala) and Jesus Christ Superstar.

She has toured Europe six times, and is also known for her award-winning turns in video games including Alyx Vance in the Half Life 2 series, Marlene in The Last of Us and Kathrine Collins in Everybody’s Gone to the Rapture for which she won the 2016 British Academy for Television and Arts Award for Best Performer.

Dandridge has been inducted into the Hall of Fame in her Nebraska hometown, where she spends time giving workshops, speeches, performances and participating in projects to raise awareness for the school district she grew up in.  She also serves on the Board of Directors of the Geffen Playhouse in Los Angeles, where she also lends her voice and support to Harvest Home, which provides housing and holistic support to homeless pregnant women.

Also known for recurring roles in TV series including Sons of Anarchy and The Night Shift, Dandridge got her start on the Chicago theatre scene while attending Roosevelt University’s theatre program, which since has joined CCPA as the Theatre Conservatory, now celebrating its 20th anniversary.

“There is a precious and sweet satisfaction in hearing ‘job well done’ from the University that first invested in my potential, then backed it up by giving me a tool box full of gifts to ensure my success,” said Dandridge, who currently stars as Greenleaf’s Grace Greenleaf, a leading screen role that has won her much critical acclaim.

“I’m proud to have cut my creative teeth in Chicago alongside some of the most interesting and skilled artists I’ve ever known.  I am especially grateful to Roosevelt University for a scholarship that gave me an opportunity for a college education – and the life that came as a result – that I wouldn’t have had otherwise,” said Dandridge.

Dandridge recently recreated and played the role of Papa Ge in the Broadway revival of Once on This Island, a musical that she first performed in during 1994 as a budding Roosevelt theatre student.

“I’ve always had a strong work ethic and disciplined nature, but I’m so pleased to say that so much of what I learned while in school at Roosevelt is still of daily use to me,” said Dandridge, who is among approximately 5,000 CCPA music and theatre graduates.

Dandridge will lead a discussion and master class at the University with current Roosevelt theatre students at noon on Thursday, March 15.

For more information on the award and Dandridge’s upcoming visit to Chicago, contact Laura Janota at 312-341-3511 or [email protected].