SD 163 Comes In Under Budget 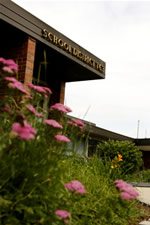 Park Forest, IL—(ENEWSPF)— Preliminary ISAT results for School District 163 have improved in many areas from previous years, according to Superintendent Joyce Carmine. Carmine was pleased with the results as she presented this information Monday, June 18, to the School District 163 School Board.

Scores such as 21st Century 3rd grade students averaging 100% on the ISAT’s math section and Algonquin students scoring 92% on reading and 95% on math are indeed impressive, according to Carmine.

“We live for these scores”, stated the board president, Virginia Ford.

Joyce Carmine attributes much of this success to the dedicated teachers and principals. The hard work being done by the School District’s staff members is paying off, says Carmine. The official scores will be ready at the end of the month.

The Board also addressed the year’s budget. Janette Kreuz reported that the amount spent for the school year was close to the amount estimated, coming in under budget. Suggestions made for the use of the remaining funds included hiring a media assistant in the computer labs and working to further the current reading programs.

Virginia Ford also pointed out that in case of unexpected expenses, the left over money will help the district “weather the storm” as opposed to other school districts that may struggle financially.

The projected completion date for Algonquin is June 26th and Forest Trail and Beacon Hill is July 11th. Blackhawk’s asphalt reparation should be completed by mid to late August, next being Forest Trail, which according to Kreuz needs some “TLC”.

Computer lab equipment will also be updated at Algonquin, Beacon Hill and 21st Century. With 78 new computer tables coming into the school district, the old computers and accessories will be put into individual classrooms.