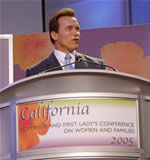 Park Forest, IL–(ENEWSPF)– The Park Forest Board of Trustees is currently considering a resolution to authorize the Village president to sign the U.S. Mayors Climate Protection Agreement .  Under this Agreement the village and its government would be committed to trying to reduce its greenhouse gas emissions 7% or more below 1990 levels by 2012.  More than 400 communities have already signed this Agreement.

In considering this important issue, it will be well to remember that until recent times environmental issues were not partisan issues in this country.  Republican Teddy Roosevelt was the first President to champion environmental issues.  Measures like the various Clean Air Acts and the Endangered Species Act were passed by large bi-partisan majorities and sponsored and signed by Republican and Democratic Presidents alike, who included Richard Nixon, Gerald Ford, and George Bush senior.  Senator McCain, a staunch conservative Republican, is a key leader in a bi-partisan push (not yet successful) to pass congressional legislation in 2003 and 2007 to deal with global warming.

The fact that Al Gore is currently such a prominent spokesman on the issue of global warming, especially through the medium of his Oscar-winning movie “An Inconvenient Truth”, may have given some the impression that global warming is a Democratic or a liberal issue.  Far from it.

Republican Governor Schwarzenegger of California said it best in his recent inaugural address:  “There isn’t such a thing as Republican clean air or Democratic clean air.  We all breathe the same air.”  And as he added in a recent conversation with columnist Tom Friedman, “Let’s get our act together, fix this problem and fight global warming.”  Further, commenting to the columnist on California’s recent legislation to reduce greenhouse gas emissions by 25% by 2020, (that he signed) he said:

“I’m a business-friendly guy.  I am all about economic growth.  I am not here to harm business.  I am here to make business boom, but let’s also protect our environment.  Let’s make our air clean.  Let’s make our water clean.  And let’s fight global warming because we know now that this is a major danger, that this is not a debate anymore.” (New York Times, 3/28/07)