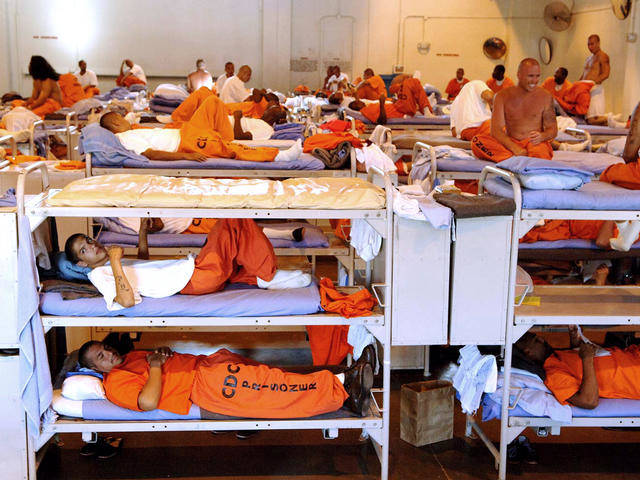 Advocates will push next Administration on Sentencing Reform

Washington, DC–(ENEWSPF)–January 19, 2017. Today, President Barack Obama commuted the sentences of 330 more people incarcerated in federal prison for drug offenses. This brings the number of prisoners who have been granted clemency under President Obama to 1,715.

The commutations and pardons represent the Obama Administration’s push to overhaul the criminal justice system, making it fairer while saving the government money.  President Obama has been pushed to do more to release those serving time in prison under harsh drug laws that have imprisoned an enormous amount of individuals. Just last week, President Obama wrote an article in the Harvard Law Review outlining his Administration’s work on criminal justice reform.

“The President has done a great job on clemencies, but now Congress should pick up where he left off,” said Michael Collins, deputy director of national affairs at the Drug Policy Alliance. “There is a bipartisan movement for criminal justice reform, so both chambers should take action quickly to pass important sentencing reform legislation.”

Advocates fear that Donald Trump will take a tougher approach to criminal justice, but many were heartened when House Speaker Paul Ryan and Senate Judiciary Chair Chuck Grassley (R-IA) recently committed to moving sentencing reform in this Congress.

“There are thousands of people in prison who should also be granted their freedom,” said Tony Papa, media relations manager for the Drug Policy Alliance, who was granted clemency in New York State in 1997 after serving 12 years under the Rockefeller Drug Laws for a first-time nonviolent drug offense. Papa, who recently received a pardon from the state of New York, just released his new book, This Side of Freedom: Life after Clemency, which highlights the roadblocks he faced after he was released. “I am praying that the new president builds on Obama’s work and grants every single one of them clemency so they can have second chances in their lives.”

The identity of the people granted clemency today can be found here.