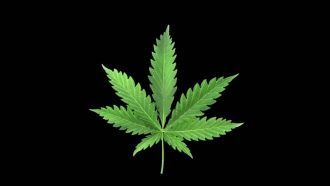 Administration Suggests They Will Not Crack Down on Medical Marijuana States

Washington, DC–(ENEWSPF)–February 23, 2017.  In a press conference today, White House Press Secretary Sean Spicer strongly indicated that Jeff Sessions’ Department of Justice (DOJ) will crack down on recreational marijuana programs. When asked about whether the federal government will take action in states that have legalized marijuana, Spicer replied, “I do think you’ll see greater enforcement. The Department of Justice, I think, will be further looking into [the issue]. I believe they are going to continue to enforce the laws on the books with respect to recreational marijuana.”

Spicer noted that Trump supports medical marijuana and understands that patients are in pain and facing terminal illness and have a right to medical marijuana. He also noted the Congressional rider – commonly known as the Rohrabacher-Farr amendment – was in force and prevents DOJ from intervening in medical marijuana states. But Spicer said that there is a big difference between medical and recreational marijuana, commenting that “When you see something like the opioid addiction crisis blossoming in so many states around this country, the last thing we should be doing is encouraging people.”

“Trump seems insistent on throwing the marijuana market back into the hands of criminals, wiping out tax-paying jobs and eliminating billions of dollars in taxes,” said Nadelmann. “As for connecting marijuana to the legal opioid crisis, Spicer has it exactly backwards. Greater access to marijuana has actually led to declines in opioid use, overdoses and other problems.”