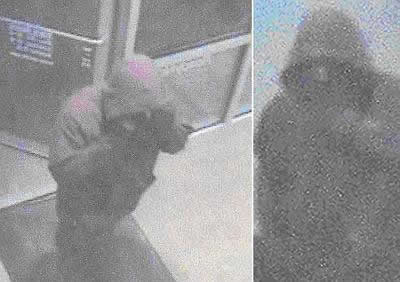 Matteson police released these surveillance-camera photos of the man who attempted to rob a Sprint cellular phone store Wednesday.

Police are looking for the man who entered a Sprint store near the intersection of Lincoln Highway and Cicero Avenue about 6:30 p.m. Wednesday and displayed a “brown-colored shotgun” to two female employees, Matteson police said.

From the Southtown Star:

He demanded to be taken to the store’s safe, but the women were able to lock themselves inside a room in the store. They were not harmed, and the man left through the rear fire door without getting anything, Matteson Detective Jeremy Sims said.

The robber, who was captured on surveillance video, is described as a black man, 5-foot-9 or 5-foot-10 with a thin to medium build, wearing a mask that covered most of his face.